Marriage Horoscope of Ranbir Kapoor - When he will tie the knot? 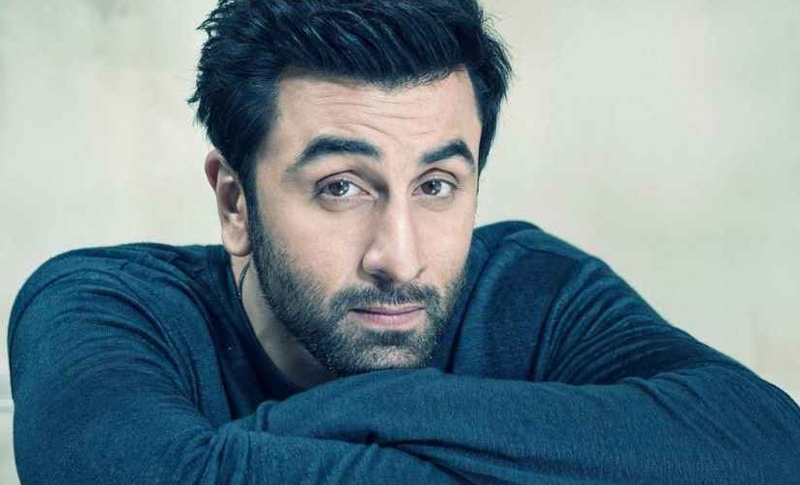 What will Ranbir Kapoor’s Life Partner be like? A complete Astrological Perspective

Bollywood’s heartthrob, and an often proclaimed ‘Casanova’, Ranbir Kapoor is one the finest actors of his age in the industry. Coming from the legendary Kapoor family, Ranbir rarely disappoints with his performances on screen and unsurprisingly, has a huge fan following, a large part of which belongs to the ladies. With charming looks and a flamboyant personality coupled with his family stature, he comfortably qualifies as one of the most eligible bachelors in the B-Town. Marriage did not seem to be on his mind and all hope was almost lost for his female followers until very recently, when during an interview he admitted to have considered taking the plunge in the near future.

"When, How, With whom" you ask? INDASTRO breaks it down for you with the detailed analysis of MARRIAGE HOROSCOPE OF RANBIR KAPOOR.

MARRIAGE DATE FOR RANBIR KAPOOR – WHEN& HOW?

Venus is the key significator of marriage and love in the birth chart of a native. Its placement, movements, and sub periods decide romantic and marital developments in the life of a native. Venus is specifically the karaka of marriage for males. In Ranbir Kapoor’s Birth chart as well as the D9 Navamsa, Venus is the ascendant. Thus, it is Vargottam and strong in giving results.

According to Vedic Astrology, the period from Feb 2018 to Oct 2020 marks the mahadasha/ main period of Jupiter and sub periods of Venus for Ranbir. This implies that the period will see romantic advances in his life.

Within 2018, he may finally find his soul partner and blooms of romance will flower. The final leap of marriage is indicated only during 2020 though. Since, the entire period remains strong till 2020, there is a possibility that he decides to take his time before deciding on his partner. Nevertheless, love has already knocked and entered his heart, and the feelings of settling down with the love of his life have already taken shelter in his heart.

Despite a few minor hiccups, his romantic life will continue to flourish till the end of this period in October 2020. Even if there is a fallout with his current partner within this period, his chart foretells that he may easily find a better partner of his choice.

There is a very strong possibility as per Ranbir’s chart that his will be a love marriage. Chances of going with his parent’s choice and stepping into an arranged marriage are bleak.

MARRIAGE FOR RANBIR KAPOOR – HOW WILL HIS PARTNER BE LIKE?

In the D9 Navamsa, Venus is the ascendant. This indicates that his wife will be extremely good looking and quite possibly from the field of beauty (model, actress, etc.) or entertainment (singer, actress, dancer, etc.)

Considering his past relations, it is not surprising that he falls for his female co-actors, since his chart indicates impulsive sparks of attraction towards people working in the same industry. Quite possibly, he will tie the knot in 2020 with one of his co-actresses.

Ranbir’s spouse is likely to have Taurus or Scorpio as her ascendant.

The moon sign of Ranbir Kapoor’s bride will be either Cancer or Sagittarius.

The major planets affecting the partner’s aspects are Venus and Mars. Venus, the goddess of love, has rulership over love and money. Apart from good looks and a pleasing personality, his partner will have beauty and luxury oriented tastes in life. She will possess artistic inclinations and a taste for extravagant pleasures. She is likely to shower his life with love and will respect and value relationships in her life.

Mars is a fiery planet with strong and dominant traits. This bestows the native with aggression and passion in life. His partner may display a rigid nature and can even be competitive if the two work in the same industry. She will be courageous and willing to take a stand, and act for what she feels to be right. This may result in frequent disagreements between partners. The presence of Mars implies a good physical compatibility between the two though.

Ranbir Kapoor’s soul mate is expected to hail from a nearby location from his own birthplace.

Ranbir Kapoor’s future wife seems to be coming from a reputed family with a strong and influential background with firm roots. However, her family may remain one step behind Ranbir’s family in comparative terms, be it in reputation, finances, or influence.

The D9 Navamsa chart indicates some roughness with respect to mutual understanding. With the minor yet peculiar differences in the traits of the two partners, clashes and quarrels may play a spoilsport in this relation. Though the issues will mostly be resolved, overall compatibility looks to be average.

This area in Ranbir Kapoor’s life appears to be facing some delays. At least 1 child is likely for this pair, which might possibly be the only child they decide to have. Childbirth may face some hiccups, yet eventually things would turn out to be fine.

MARRIAGE FOR RANBIR KAPOOR - HOW WILL MARRIAGE AFFECT HIS CAREER?

In D9 Navamsa, Venus is the Lagna lord posited in the house of fortune.
The D9 Navamsa is indicative of the spouse and their effect on the native’s life. This is a clear indicator of the fact that marriage will bring luck and immense progress for Ranbir Kapoor. His wife will act as his lucky charm and his career is expected to skyrocket with achievements of greatness and milestones. Any uncertainties or doubts towards his career as well as financial delays would be sorted.

With his boy-next-door looks and affable charm, Ranbir Kapoor has managed to become an apple of every Indian girl’s eyes. Ever since his acceptance of inclination towards marriage, a million dreams from a million hearts have started taking a new shape and wings in hope for becoming his “Chosen One”. All that remains is the date of judgment that marks the beginning of a new life for him and the breaking of his female fans’ hearts!