Donald Trump is one of the most controversial person all over the world. He became the President of the United States and is still one of the most talked-about person in American History. Find out what makes Donald Trump the person he is, based on his astrological chart readings.

Donald John Trump was born on 14th June, 1946 in New York. He is the son of Fredrick Christ Trump and Mary Anne McLeod. His education, upbringing and grooming was done in Queens, New York. Trump attended Fordham the University and the University of Pennsylvania>, graduating with a bachelor's degree in 1968. He became the CEO of his father Fred Trump's real estate business in 1971 and renamed it as “The Trump Organization” where he initiated various independent ventures, all of which were very successful.

He owned the Miss Universe brand of beauty pageants from 1996 to 2015 and from 2003 to 2015 he co-produced and hosted the reality television series The Apprentice. Donald Trump is an American media personality and a successful businessman who won the title of 45th president of the United States from 2017 to the year 2021 without any prior military or government service.

The political career during the presidency of Donald Trump sparked a lot of controversies on various accounts that gave an unprecedented and controversial phase to the American politics. Trump’s non-sentimental issues over racism, travel ban on Muslim-majority countries raising issues over security concerns of the country were not appreciated by the majority of Americans and humanitarians of the world.

He was also charged for conspiracy with the Russian to help him win his election in 2016, which was waivered off due to the lack of strong evidence against him. Trump reacted slowly to the COVID-19 pandemic, ignored or contradicted many recommendations from health officials in his messaging, and promoted misinformation about unproven treatments and the availability of testing. The House of representatives impeached Trump on December 18, 2019 for abuse of power and obstruction of the Congress .

Trump lost the 2020 presidential election to Joe Biden but refused a dignified retreat and defeat. He made false charges of electronic fraud, pressuring government officials and obstructing the presidential transition. Trump initiated his supporters to break law and order and interrupt the electoral vote count. On January 13, the House impeached and Trump for his misconduct and behavior, making him the only federal officeholder in American history to be impeached twice. 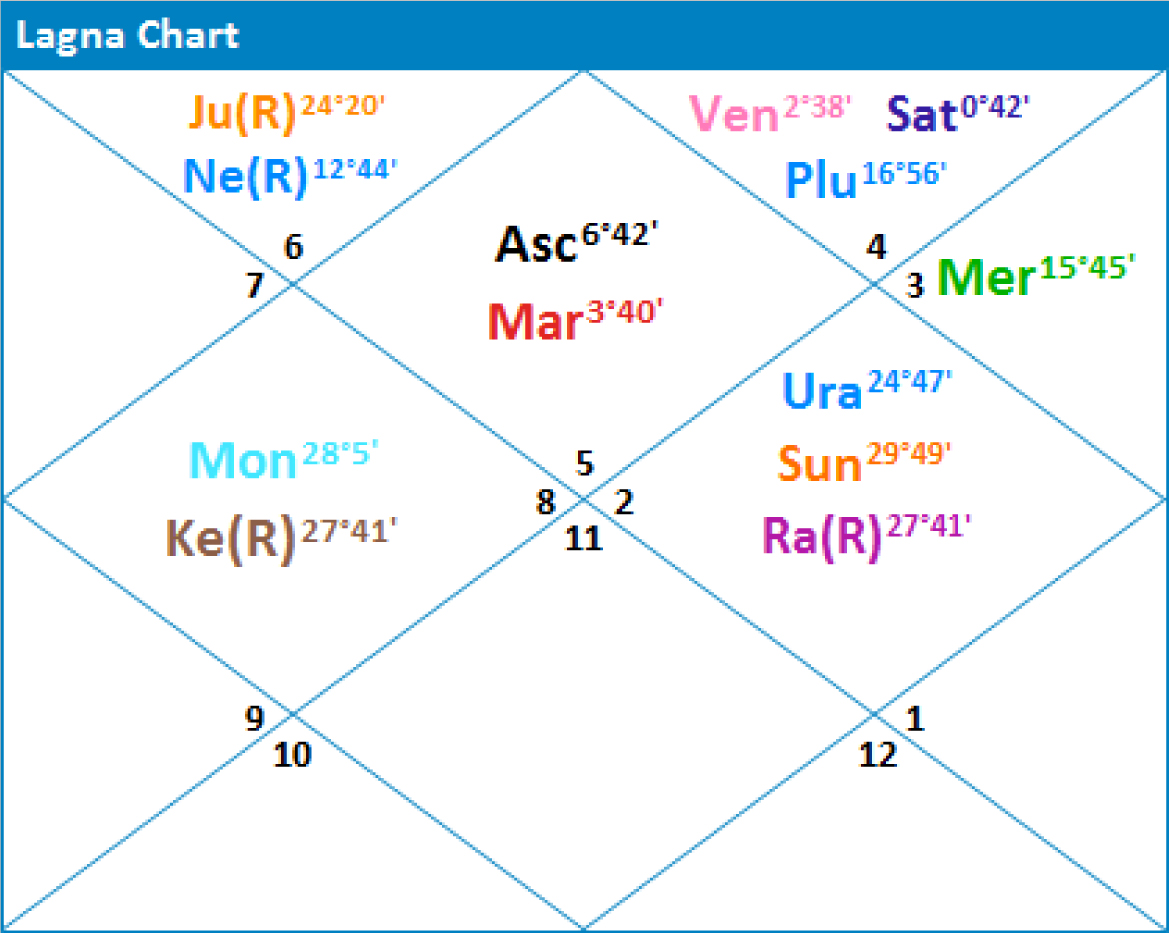 Donald Trump has Leo ascendant and his moon sign is that of the Scorpio sign. Sun is his personal planet and placed in the 10th house of power and status, which indicates that he is from the privileged class of blessed natives who are born to enjoy their assets and power and a career in politics or the achievement of personal ambitions.

So we can conclude this article by saying,  Donald Trump is a larger than life and hugely divisive figure whose impact on the political history of America will be discussed way beyond his term of office.