Swearing in of Narendra Modi as Prime Minister of India 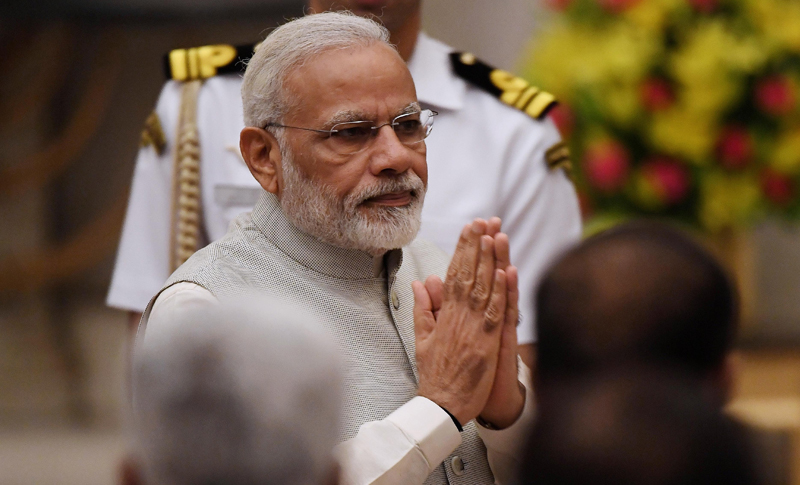 In the 2014 Lok Sabha Elections, the Bhartia Janta Party has been awarded with the unprecedented victory by the people of India. Mr. Narendra Modi and his team worked the wonders. Perhaps the victory was expected but winning 336 seats out of a total of 543 - such a big majority must have taken many by surprise.

This shows that the people of India wanted a change and if the majority voted in favor of one party which had projected Mr. Narendra Modi as the Prime Ministerial candidate, it is natural that the expectations level is very high. Therefore, we apply the well proven principles of Astrology to analyze the future of Mr. Modi’s government. There may be thousands of questions in the minds of people – “will it deliver?”; “will there be smooth functioning”; “how will be center state relationships”; “how will be India’s relations with its neighbors”; “how effective will be India’s foreign policy” and so on.

Understanding the Astrological Chart at the time of oath taking:
Mr. Modi took oath of office as the 15th Prime Minister of India at 6.11 pm at the Rashtrapati Bhavan.

The chart is as follows:

Positive Features of This Chart:
A quick look clearly suggests that Mr. Modi’s government is a blessed on by divinity and masses of India. While continuous struggles and sincere efforts shall have to be a part and parcel of the working of the ministries, the results will be quite positive for the country.

Negative Features of This Chart:


Interpretation of the important features of this chart:

Presence of Benefic Yogas (combinations) and Raj Yogas
Without taking the readers into too much technicalities, it would be interesting to share the benefic combinations present in this chart.

This makes the more ambitious. He has the ability to take quick decision and a greater adaptability. He travels a lot and is intellectually 'mobile' and has an open mind.

The person is adept in work.

It is one of the best yogas. As per the classics, person is a commander of an army or a leader of a group, village or a town.

Although this Muhurat is not the best one as this will bring lots of challenges and struggle, but finally it will bring better days and usher in good conditions for India in the coming years.