Which planets are behind the Kim Kardashian's Glam-Slam? This article explores the rise of Kim Kardashian as a celebrity and what the future holds for her. 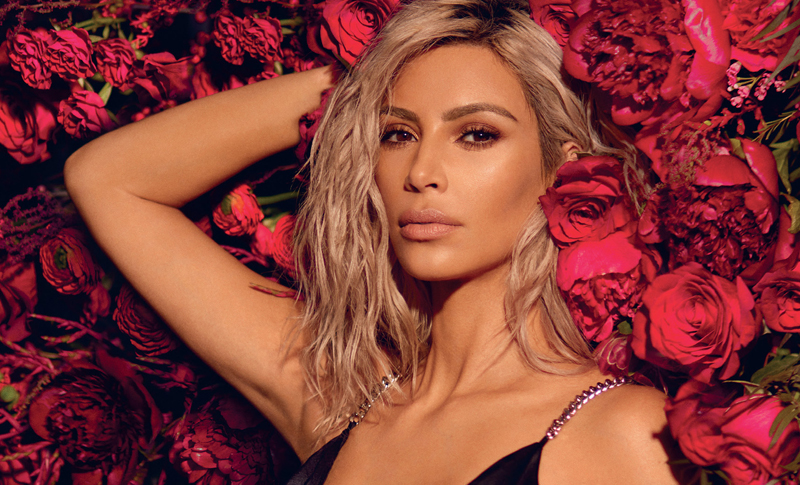 Kimberly Noel "Kim" Kardashian is an American television personality, fashion influencer, model, actress and socialite. Kim, at first came into limelight as a friend & stylist of Paris Hilton but soon got the status of social media queen after a notoriously famous sex tape with her then-boyfriend Ray J. Her E! Reality television series ‘Keeping Up with the Kardashians’ brought her celebrity cachet. Relishing that in 2010, Kardashian was tagged as the highest-paid reality television personality, with estimated earnings of $6 million.

Kim Kardashian owns a thriving apparel and cosmetics range. In recent years, she has grown as an influential online and social media celebrity maneuvering that she made her place in the 2015’s list of 100 Most Influential People. Here at Indastro.com we have tried to study her birth chart to divulge what makes her Famous for being Famous as labeled by her admirers.

Kim Kardashian is born in Scorpio with her ascendant Mars. This mighty planet was relaxing in its house when she was born. The ambition & confidence in her character are gifts of Mars. Sun makes Kim supremely confident and covertly aggressive. That’s why this wonder woman never got undermined by any Bey or Jay no matter how hard they tried.

The combination of Scorpio and Mars makes her very fascinating & mysterious. She is blessed with the art to stay in control of herself. The hotheaded Mars is responsible for her habit to harbor long term grudges which aren’t apparent to people. With these planets there is a tendency to sustain surgeries and injuries, which also makes her candidate for plastic surgeries. It answers all “did she do something to her nose or…” or it was some good contour!

Sun in the 12th house

Sun sits in her 12th house, which is debilitated making it very weak. Such positions could cause deep resentment & issues with father. Sun with such placement indicates the chances of controversies associated with father which was pretty evident from Robert’s remarks on Kim’s first marriage to Damon Thomas. Dearest daddy was very vocal & mad concerning her interracial marriage. Sun in the 12th house could be the reason behind Kim losing her dad so early.

Mercury accompanies the sun in the 12th house. This combination gives birth to deep complexes which can be very well hidden in her personality. Those who meet her will be struck with an impression that might be confusing: a glamorous glaze with inexplicable mouth. Maybe her book ‘Kardashian Konfidential’ can help us with something.

The moon in the 5th house brings in clarity of thought, high level of fertility as well as luck & happiness associated with children. No wonder, why Kim was on cloud nine when on Mother’s day she got a hand painted $10,000 Hermes purse from her daughter North. Her charisma and desire to live to the fullest are due to Moon’s rightly presence.

Venus with the magic-wand

Venus holds the house of spouse giving her tremendous progress and affluence after marriage. The happily ever after that she’s living with Kanye is a reward from Venus. This gorgeous planet is giving her worldwide reorganization for her looks and talent.

Kim’s expectations and desires all fell on the same line when she agreed to get married to Kanye West. They become a dream couple with an idyllic and blossoming married life. The marriage is blessed with mutual love and respect.

Every thought why the reason behind Kim’s shot to fame was her infamous Sex Tape and later all those scandalous activities. Her Birth Chart reveals all a lot about that! The placement of Venus in the 10th house while the sun sits in the 12th is associated with untamable sexual desire and it propelled her to that SuperStardom!! Though it lead to loss of reputation but the gain in position was way too high to wail.

The star of horoscope is Saturn and Jupiter, who sit in the balanced and congenial state. This combination makes her the destiny’s child and pours in tremendous wealth, gains from property & income from her worldwide efforts (antics). Though a large part of her income would be wasted on her high expenses. The balanced state empowers her to be the peacemaker among her squabbling siblings & sustain harmony at home.

Saturn owns the house of mother and is placed in the house of friendship because of which they will share a deep and strong relation. No doubt who keeps media updated about her whereabouts. There would be difference of opinions and part of it would be to gather public support or TRP. It’s aptly said about Mommy that ‘devil works hard but Kris Jenner works harder’.

What future has in bag for her?

Currently, Kim is in dasa of ketu (dragon’s tail) which will run till 16th January 2022. This period is likely to create confusion in her life, problems with siblings, controversy with what she writes or shares on social media, general level of distortion in her thinking pattern. The cat fights between sisters on social media are indeed the dragon swinging round.

Her best phase of life will start post 16th January 2022, when she enters the dasa of Venus. Career wise high amount of success & progress is on cards. There are great prospects of getting into media and movies. There would be increase in her worldwide reorganization and popularity. This period doesn’t seem so good for marriage relations & happiness in marriage.

Broadly speaking she is a blessed person with many beneficial combinations that will keep her in limelight and successful her entire life. They bequeath all the sun, sparkle and shine to wreck the glam world with grace and authority.