Deepika Padukone - the Queen of hearts! Read how her horoscope supports her luck. 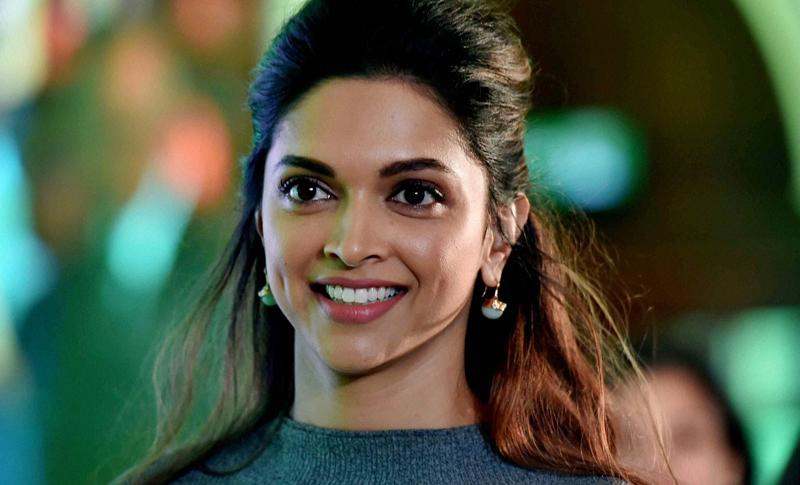 Deepika Padukone is the Indian Actress who is currently ruling the zenith of Bollywood with many successful hit movies to her credit. Not only has she established herself as the top heroine but she is also quite popular as a sought-after model actress. She is currently endorsing many brands and appears in many advertisements across all media. All this has given her the status of a big league celebrity.

Deepika celebrates her birthday on January 5. Astrologically it would be interesting to see the static features in her horoscope which have made her so unique and also what promises and problems (if any) the year holds for her.

Born on January 5, 1986 in Copenhagen, Denmark, Deepika Padukone is the daughter of a famous sportsperson - Prakash Padukone.

Deepika Padukone is enters her 30th year of life on January 5, 2015. The available information tells us that she had acted in commercial of ‘Liril’ – the famous soap brand and then entered the world of Fashion and Modelling. She started her acting career in 2006 in ‘Aishwarya’- a Kannada film. Her first Hindi film was Om Shanti Om in 2007 against Shah Rukh Khan. She played a dual role in the film and since then she has come a long way with about 20 Hindi Films to her credit. Some of the better known films of Deepika Padukone are Bachna Ae Haseeno, Love Aaj Kal, Cocktail, Finding Fanny and Happy New Year. Her forthcoming film to which people are looking forward to is Bajirao Mastani - to be released in 2015.

Her horoscope tells us the following about the position of planets:

Observation of the Astrological Facts in her Horoscope


This is capable of making her illustrious, overpowering, virtuous, wealthy, intelligent and a scholarly person. The native is of royal bearing and enjoys lasting fame.


This makes the person adept in work, skilful in earning wealth, yet having numerous drawbacks.


The presence of natural benefic Jupiter in her 10th house makes her blessed with physical features, of a charitable disposition, likeable, helpful and enjoying lasting fame.


This elevates the status of the individual in terms of success, recognition and status.


This makes the person wealthy.


This is likely to give her a lot of challenges in career from time to time and also make her lacking in self confidence at those times. The aspects of Saturn run a potential danger for her getting into low mood / depression during the adverse period which could be during the not so favourable dasa and / transit.

The readers may ask that why despite this negative feature is she doing so well in her career. Well the answer would be the aspect of great benefic planet Mars. Mars is aspecting Jupiter as well as the 10th house. Secondly, Saturn is aspecting its own house. Thirdly, the results of debilitated Jupiter fructify only during the dasa and the sub dasa of the planet.


This is a Budh-Aditya yoga giving her many benefits and it is further enhanced by the fact that Jupiter is in its own sign and Sun is in the friendly sign.

This combination (though quite common) confers upon the native intelligence, skillfulness in all works with a good reputation. The person is sweet tongued, clever, scholarly and has good learning. The native is blessed with wealth, self-control, earns wealth by serving others.


Her Mars is aspecting its own sign – Aries. This is good, as it is also the Lagna (Ascendant). Also when seen from the Sun sign, Aries is the representative of intelligence and emotions.

This shows that she will be of strong emotions and sometimes can be very aggressively crashing the competition which is so very important in highly competitive film industry of India.

The presence of Mars in seventh house can also indicate problems / wounds in the areas below the navel. Also one should be careful on account of blood disorders such as blood pressure etc.

This position of Mars also gives her the Manglik combination which is considered quite unfavourable in the matters of marriage – causing delay timing / not letting the native have the benefits of a blissful marital life.

The placement of Ketu in the same sign gives Mars more strength and makes all these interpretations rather sure as it makes.

In Vedic Astrology, kendras and trines are auspicious houses. Deepika Padukone’s 3 planets – Sun, Mercury and Venus are in this Dharam Sthanam.

In her horoscope Sun represents another trine and also emotional intelligence. This gets combined with Mercury which is the lord of house of courage and efforts. This confirms her efforts and intelligence combined will be approved by the public (which is why she is such a popular heroine of the celebrity statue).

The combination with the third planet Venus confirms her interest (or rather passion) in performing arts / profession connected with beauty (like cinema, fashion).

Since Venus is the lord of second and seventh houses in her natal chart, it gives the indication that the native shall make a living out of these areas too.


The first look at her horoscope does not please the astrologer, as far as the position of Saturn is concerned because 8th house is not the place to be for an important planet like Saturn. This is so because Saturn, in her horoscope is not only representing the career but also the gains from it.

However, on a closer look, Saturn is aspecting its own house, second house and 5th house. This would make her a determined person – almost to the extent of being very rigid and unshakable in her thoughts. She would also have sudden windfalls.

Astrological forecast for next 12 months

Deepika is passing through the maha dasa of Saturn and from April 8, 2015 it would be the sub dasha of Mercury.

Currently Jupiter is in the Cancer Sign (its sign of exaltation) and shall move over to after July 150, 2015. Jupiter being her ninth lord and twelfth lord respectively, while Rahu and Ketu are in Virgo and Pisces respectively. Similarly, Saturn is in Scorpio, which tells us that she is in the second phase of Sade Sati.

It is foreseen as follows:

Overall she is going to remain quite busy, and act in more movies for which she may also earn accolades during the period of next year or so.

We wish her a lot of success and a great year ahead.