Do stars favour Narendra Modi to be the Next Prime Minister of India? 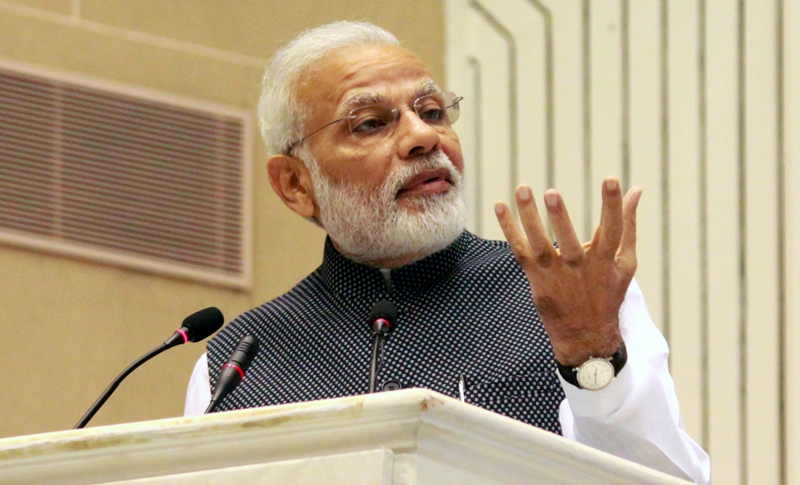 India goes to poll to elect the Members of Parliament for the 16th Lok Sabha – hopefully for a period of 5 years. Voting will begin on April 7, 2014 and this is one of the important and the biggest events in political affairs of our country as well as the world.  Let us see what makes this a unique and an interesting event to watch out for :

With so much happening in the build up to the elections, which are a ray of hope and expectations for the individuals, groups and the sectors such as Manufacturing, Agriculture, Services, it is but natural for a majority of them to turning to Astrologers to know in advance what the future holds for them. Not only Indians but the world at large has also set its eyes on the political scenario of India. Here is a systematic Astrological Analysis of India’s Horoscope, the Horoscopes of major and upcoming political parties and the important persons likely to be the next Prime Minister of India.

A look at the Horoscope of Republic of India and the operating dasha system has some very exciting information to share with us. The current maha dasha is Jupiter and antar dasha lord is Saturn. Saturn is posited in the sixth house and is the representative of democracy in Mundane Astrology. Of course, this is the largest and unprecedented exercise in a democratic setup.

The sixth / eighth relationship between the two planets is a strong indicator of disturbances and changes in the political scenario of India. In milder terms, there would be many changes, bidding good bye to the old practices and traditions. While in stronger terms, this may mean political imbalance - there would be no single party which will get clear majority. Hence, the Government will be formed only through the method of coalition / alliances.

If one were to analyze the static chart of the Congress party, there would be many points of strength. Rightfully so, because it is the party that has ruled for the maximum number of years and has been the biggest political party in India.

However, the current dasha system is not much in favor of the Congress men forming a Government again on its own. Clearly it is not possible for the party to return home with a thumping majority.

From the astrological point of view, this is not one of the best periods as this party is going through the mahadasha of Jupiter and antar dasha of Mercury. Firstly there is a relationship of 6/8 between the Maha Dasha lord and antar dasha lord. This definitely is news that they are not going to like. Secondly, the antar dasha lord Mercury shall not be very helpful in the present circumstances and it will suffer from Kendraadhipati Dosh. Hence, Mercury loses its benefic aspect despite it being the lord of fourth and seventh houses.

During the election times the Pratayantar dasha shall be of Ketu and Venus. Once again, both these conditions are not going to be very helpful for the party to score a big victory in the fourth coming elections. Ketu is posited in the first house, while Venus is the lord of unfavorable third and most unfavorable eighth house. Hence it is the loss all the way. In other words, the performance of the party shall be lesser than the previous elections.

The study of the chart shows some interesting images of the events which are likely to take shape. There is a tremendous increase in the confidence level to take on any kind of challenges within the party. The communication, speeches and the interviews by its top leaders shall be full of bold messages made up of strong words.

There shall be a definite contribution by the factors like Spirituality, Religion and sharp criticism of the government in power and the important people associated with the ruling party. These would be important part of the fiery speeches by the top leaders of BJP and the party’s propaganda. The more its leaders travel, hold the rallies and connect with the people, the greater shall be the benefits to the party.

However, not everything is ‘hunky dory’ for BJP. There would be challenges to its political ambitions and progress both from within and outside. The infighting would be one of the biggest hurdle which the BJP think tank has to find a solution for. Secondly, to change the image of BJP in the minds of certain sections of the society shall pose a threat in winning elections for some of the seats.

Overall there shall be an important role of luck in the success of BJP which cannot be explained or foreseen by the statisticians or survey polls or political analysts. However, astrologically speaking it is the maha dasha of Sun which is the ruler of the celestial cabinet and its placement in the 10th house gives the party the push which it never experienced before.

The recently formed party which even formed a short lived Government in Delhi has upset the calculations of many pundits and political experts. Unlike the regional parties which have been around for many years, the AAP party has national level ambitions or shall we say the agenda. Neither BJP nor Congress can afford to ignore the presence and growing popularity of this party. All their election strategies shall be useless if they do not include right political maneuvers to counter the march of AAP.

However, the stars at the moment (during the election period) do not seem to be very favorably placed to support a big win for AAP. While their Horoscope shows the operating maha dasha of yog karka Venus which is well placed in the tenth house but the antar dasha lord Sun (which is placed in the eleventh house) it quite capable of bringing in surprises and upsetting the calculations – more towards the negative side. This is so because Sun is the eighth lord and it is afflicted by Rahu.

In this article we shall discuss the Horoscope of one individual for the simple reason that BJP seems to be emerging as a strong party and Mr. Modi is the nominated candidate for the post of Prime Minister. At the same time, it is no point discussing the Horoscope of Arvind Kejriwal and the precise Horoscope of Rahul Gandi and Sonia Gandhi are not available.

As discussed in detail in one of the earlier articles, Modi’s horoscope seems promising to take him to the seat of the Prime Minister of India. To recapitulate briefly, he has following strengths:


Interestingly, in this entire turns of events, Modi will be supported by one or more powerful women. This remains to be seen who this person or persons would be - Jaya Lalitha /  Mayawati / Sonia Gandhi / Sushma Swaraj.


What remains to be analyzed
The 3rd front has not come out clearly till the time of writing this article. Thus, as and when they do so, the Astrological analysis shall be done for the same.