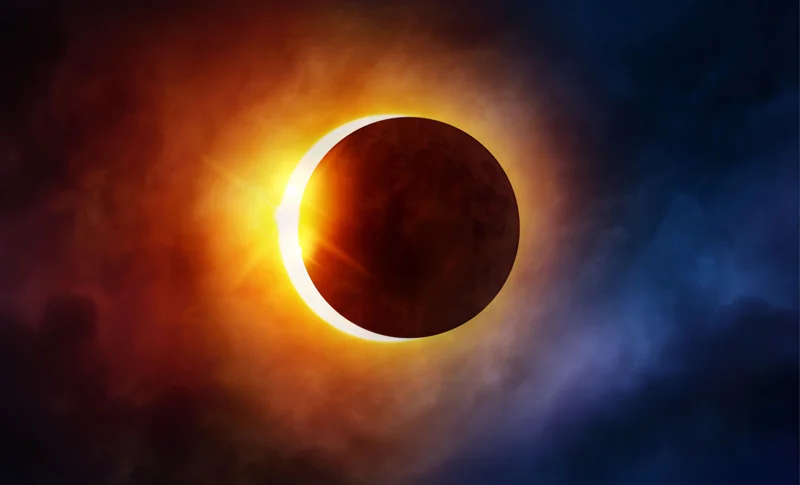 
We have a very rare 5 planet combination occurring in the sign of Aquarius between 7th & 14th March 2016. This planetary combination is out of the ordinary since having 5 planets together is a rare occurrence in itself & further there is Solar Eclipse as a part of this combination on the 8th March 2016. A solar eclipse is a powerful generator of a planetary combination for wealth. That’s the reason major projects & ventures get kicked off this day to bring success. With 5 planets together, the combined energy of these 5 planets including Sun, Venus, Mercury and Ketu (dragon’s tail) could generate a very strong wealth combination or setback depending upon whether this Yoga of 5 planets is in a favorable or difficult position in a chart. For instance for Aries Moon Sign, the 5 planet combination occurs in the house of income, friendship, pleasure & gains. For a Gemini Moon Sign, this combination occurs in the house of luck, travel, religion and spirituality this year. The 5 planet combination would gives an opportunity to get a sudden spike in activity in these areas, while there would be major changes based on the events of these days that would bring in results for the next 4-6 months, due to the solar eclipse effect.

The solar eclipse comes with a divine message from the universe & has a great Astrological significance. As the house in which the eclipse takes place, gets a pulling down effect, bringing in a slowdown & drag effect in the horoscope for the next 4-6 months. As a divine bonanza, the solar eclipse triggers off a rare wealth combination or a sudden windfall, business opportunities if it takes place in some special degrees and the right kind of astrological remedies are carried out at the time of its occurrence. These together help activate the wealth combination in the horoscope.

A chart holds the vital clues to understand the trends that are possible & what to make out of the potential opportunities & hurdles this period could bring for one. It helps to identify the areas of focus & opportunities  created with this sudden rare planetary push and the aspects that can be leveraged for gains & growth in the coming 4-6 months. In case it is required, the astrological remedies & actions to mitigate the ill effects of this combination can be followed.

You may also like 5 Planet Combination & Solar Eclipse reading.