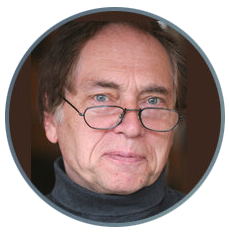 2023 will bring stability and positive change your way with the transit of Venus; and the influence of Mars, Rahu and Saturn will help you realize your true potential, which will lay the foundation for your coming days. The support of Sun will help you make new beginnings and lead you towards duty (dharma), which will be beneficial in addressing the challenges that Mars would pose through the year. Jupiter’s movements will bring opportunities to clear your karmic baggage and, since Mars-Venus conjunction will occur twice in 2023, it will help you clear the karmic baggage of others as well. Towards the end of the year, expect some significant changes since Rahu and Ketu will exchange Nakshatras after 36 years and it will be the time for repayment of karma, good or bad. From the 2nd quarter of 2023 till the end of the year, Saturn’s influence on Rahu and Jupiter would demand space in your relationships and a need to come out of your negative thoughts. This period would also give you the chance to introspect as friction and hidden knowledge will come to the fore. Stay open to changes, be perseverant and persistent to make the most of 2023. 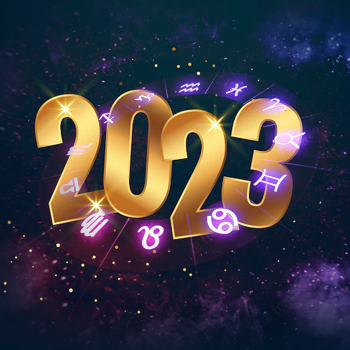 2023 is going to be an exciting year with Saturn’s journey through Dhanistha Nakshatra shifting from Capricorn to Aquarius after 29 years, making you begin your professional journey or relationships anew... more


The career horoscope for Libra in 2023 indicates that you will experience continuous improvement. Jupiter will serve as your tutor in the first half of 2023, boosting your career despite obstacles and providing you with new prospects for achievement. However, the transit of Saturn may bring you stress owing to the delay in the fulfillment of your efforts. Due to Saturn's placement in Capricorn's 4th house of stability, the year spectrum for career prospects predicts that until 17th January 2023, there will be delays and less recognition of profitable deals. However, as Saturn moves into Aquarius in the 5th house of creativity, you will be rewarded for your patience and diligence, which will result in gains in career prospects despite occasional fluctuations. Due to Mercury and the Sun's positioning in Gemini in the 9th house, which will create Buddha-Aditya Yoga until 17th July, the latter half of 2023 will be favorable for your financial gains. You will have prospects for Click Here


The 2023 Libra Love Horoscope predicts some truly wonderful marriage proposals as well as chances for you to begin a new romantic relationship. If you're in a relationship, you'll have a lot of terrific moments throughout this period as well. According to predictions based on Saturn's movement, love will advance in a life-altering way. Spending more time with your partner and creating a constructive conversation will help to keep harmony in the relationship. Saturn will provide you an honest and supportive partner throughout its transit from 23 January to 17 June 2023. However, this transit may cause some misunderstandings between you and your partner. Your relationship with your lover will be characterized by love, compassion, romance, and a solid connection. However, you might need to exercise patience in the mid of 2023 because there will likely be miscommunications and disagreements in the union. Be ready to handle the ups and downs in 2023 with a good attitude if you are Click Here


The Libra money and finance horoscope for 2023 predicts uncertainty. Making financial decisions will be difficult from 1 January to 30 October 2023 due to the Rahu and Ketu axis. However, Rahu will be in conjunction with Jupiter from 22 April to 4 September 2023, and this combination will have a favorable impact on your finances. Moreover, you must tread cautiously when investing and managing your family's assets from 30 October to 31 December 2023. You may receive gifts from your relatives or shares in family businesses. Long-term investments will do well under Saturn's position from 17 January to 17 June 2023, and equity share and mutual fund investments will do well under Saturn's retrograde position from 17 June to 4 November 2023. From 1 January through 22 April 2023, Jupiter's position will encourage you to think positively about wealth, which will make it easier for you to pay off debts. Jupiter's retrograde motion from 22 April to 4 September 2023 will cause you to go through some unexpected financial Click Here


Marriage horoscope for Libra in 2023 predicts a difficult period during which the couple may experience numerous obstacles. Mars, the planet that rules marriage in your horoscope, would be in the house of suddenness and longevity until 13 March; this is not a good omen for the health of your spouse and a happy marriage. From 17 January, Saturn will also have a negative influence on the house of your marriage. Your responsibilities will grow and you might find it difficult to spend enough time with your spouse. Saturn will be in retrograde motion from 17 June to 4 November, which will make your married life more challenging. Your health would be a cause for concern as a result of Jupiter's transit through the houses of illness and conflict. Due to the placements of retrograde Jupiter in the house of speech and family relations and retrograde Saturn in the house of loss, the second half of 2023 will have a mixed bag for your relationship. It will be best to avoid any type of argument or disagreements during July and October. Your anxiety level may increase due to unforeseen problems that will have a rapid impact with no foundation due to Rahu and Ketu's axis till 30 October 2023 in the 2nd house of speech and the 8th house of obstacles. The beginning of 2023 will bring disagreements and a lack of emotional and physical compatibility, but by the year's end, you'll notice some fresh changes and your relationship with your spouse will deepen. Particularly in the latter half of 2023, you will Click Here


2023 Libra Health, Family and Children Horoscope indicates mixed progress in these domains. At the beginning of the year, Jupiter will be in its own sign of Pisces, the 6th house, which might cause some health concerns and family conflicts. Jupiter will transit the 7th house by 22 April 2023, blessing you with good health and family happiness throughout the year due to its aspect on the 2nd house of family till April. Saturn is the favorable and Yogakarak planet for you and its placement in the 4th house at the start of 2023 and its transit to the 5th house in Aquarius on 17 January 2023 suggest that you will have prosperity in many areas of your life, you will be in control based on your efforts and hard work. General understanding with family and children would be difficult for you because of the Rahu-Ketu axis in the ascendant and the 7th house. Mars, that rules your family house, would be in a planetary configuration that signals general development despite brief obstacles as it forms an aspect or conjunction with other planets. Because Mars will be retrograde in your 8th house throughout the first few months of 2023 and Jupiter will be in your 6th house, your chances of improving your health may be Click Here
Click Here

2023 is going to be an exciting year with Saturn's journey through Dhanistha Nakshatra shifting from Capricorn to Aquarius after 29 years, making you begin your professional journey or relationships anew... more

Indastro.com guarantees that you wouldn't have read anything even close to it!

Congratulations for signing up with Indastro.com!

PS: You MUST verify your email address, as your free services get started only AFTER email verification.

An email has been sent on your email id. Click on the link in the mail to verify your email address.