This article presents an astrological reading of the horoscopes of key political contenders in Punjab and Uttarakhand to predict the 2022 Assembly elections outcome in the two states.

Who will win the 2022 Assembly elections in Punjab and Uttarakhand?

The results of the 2022 Assembly elections will be announced on 10th March. It will be interesting to note the outcome in the states of Uttarakhand and Punjab since the Bharatiya Janata Party (BJP) in Uttarakhand has seen several changes within the party ever since it came to power in 2017; and, in Punjab, both the BJP and the ruling party, Congress, has faced the crucial farmers’ protests, which has a good chance of impacting the election results. In this article, through an astrological reading of the horoscopes of Charanjeet Singh Channi, Bhagwant Mann, Amarinder Singh, Pushkar Singh Dhami, and Harish Rawat we will try and predict who is most likely to win the elections in both the states. 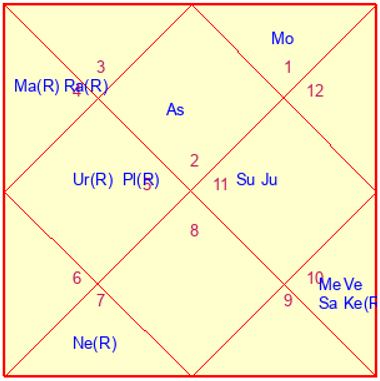 If we see from Moon lagan, Mars and Rahu are in the 4th house of relations with people and the 10th house lord Saturn is posited therein with Venus, Mercury and Ketu. From Moon, the 7th lord is Venus, which is posited with Saturn in Capricorn in the 10th house. Saturn is the significator of politics and Sun is the planet of power and position, closely related to politics. Saturn is Yoga Karak in Channi’s chart and is placed in the house of fortune.

In Channi’s kundli, the Sun conjuncts with Jupiter to develop a strong and powerful combination in Aquarius, which will bring immense luck, confidence, beneficial results, and success for him in politics. This combination creates a positive aura for him, wherein he would share a harmonious equation with key people in the political arena.

Channi is running through Saturn main period and the sub-period is also that of Saturn. As has been mentioned above, Saturn is very strong and beneficial in his kundli and capable of bringing him favourable results, as per his expectations. 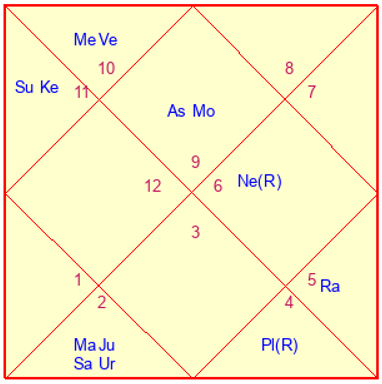 His kundli portrays an exchange between Saturn and Venus, which gives him lots of positive energy to compete and bring success in politics. When this is complemented by Mercury and Venus conjunction, his position becomes stronger to project a powerful combined impact beneficial for him. However, the transit of Rahu would result in some turmoil and harsh waters for him, through which it will be very difficult for him to sail past and may eventually become the reason for his subdued performance in the present elections. In addition, his natal Moon, which is in Sagittarius, is under the influence of Shani Sade Sati and may prove to be challenging. This may bring hurdles for him during the period when the elections are on. 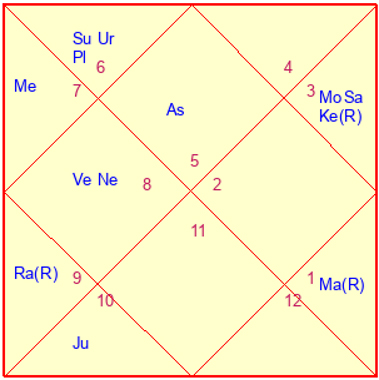 His kundli displays a strong placement of Mars that suggests positive outcomes. In addition, his kundli also has the Saturn and Ketu conjunction, which may bring some hardships and challenges for him as this may prompt him at times to get involved in conflicts with people around him. This will further add to the aggressive and argumentative attitude brought about by Mars in his kundli. His strength for a favourable outcome in the election will come from the transit of Jupiter in Aquarius sign, which will take place in his 7th house and give him all the reasons for success. However, Saturn conjunction with Moon would create a Vish Yoga that will create some obstacles on his way to success. In addition, the Saturn’s conjunction with Ketu forms the Shapit dosh that may also become the reason for setback in the election. Considering these aspects, it seems that his kundli, though positive, has some negative impacts. 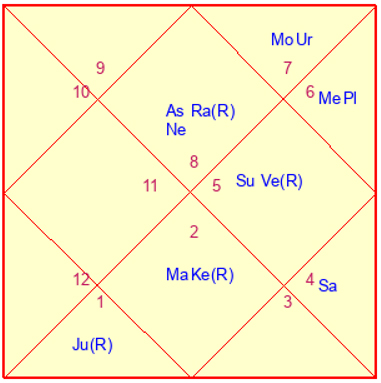 From Moon lagan, Saturn is in the 10th house of career. Sun and Venus are in the house of gains. Jupiter is in 7th house of masses.

If we consider the running dasa period, Dhami’s horoscope is going through the dasa of Saturn, Jupiter, Mars from 2 February 2022 to 26 March 2022. These three planets are key planets for politics and their placement in his kundli is favourable. Rahu transiting over Mars is again a positive sign for success in politics. Transit and natal Mars aspect Sun in the house of career.

All these planetary configurations and transit dasa period clearly indicate success for him in this election. 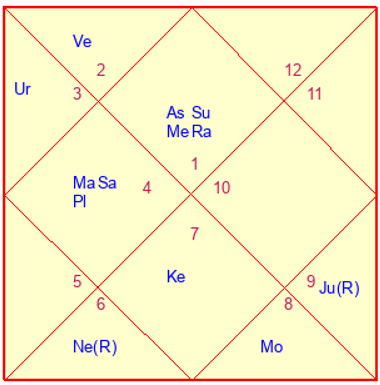 Harish Rawat has Aries Ascendant and Scorpio Moon sign. Sun, Mercury and Rahu are in conjunction in the 1st house of self. Venus is posited in the 2nd house of wealth and speech. Saturn and Mars conjoin in the 4th house of public relation. Ketu is in the 7th house of masses. Moon resides in the 8th house in Scorpio. Jupiter is posited in retrogression in the 9th house of fortune.

From Moon sign, Jupiter is in the 2nd house of wealth and speech; Sun, Mercury and Rahu are in conjunction in the 6th house of competition and enemies. Saturn and Mars are in the 9th house of fortune.

In Rawat ’s horoscope, Saturn, Mars, Mercury, and Venus are transiting in the 11th house of career from Ascendant. Jupiter and Sun are travelling to the 11th house of gains. Rahu transits in the 2nd house of speech and wealth, due to which he may have some setbacks because of blunt speech. Also, Ketu is transiting over natal Moon, which leads to confusion and lack of clarity in mind, in decisions.

At the time of the election, Rawat would be going through Jupiter/Jupiter/Ketu dasa period from 1 March 2022 to 17 April 2022. In transit, Jupiter is in good position of the house of gains, but Ketu is in the house of suddenness.

An astrological analysis reveals that in Punjab, Charanjeet Singh Channi has a better chance of winning the election as compared to Bhagwant Mann and Amarinder Singh. His current tenure as the Chief Minister of Punjab has been strongly supported by the Saturn with Venus and Mercury combination, which has given him profound skills to make winning strategies and plans. This combination is also very strong for a positive result in the present election. However, winning for Channi may not be so simple and easy as he faces some powerful contenders. Also, there are some indications in his kundli, such as the Rahu-Mars and Ketu-Moon combinations, that may create some troubles for him. Further, when Saturn transits in his kundli, certain combinations develop that bring an aggressive and argumentative attitude in him during the crucial phase of the election. But the strength of his kundli also lies in the transit of Saturn, placement of Saturn in the natal chart and the powerful impact of Jupiter and Sun that seem to see him through all obstacles and tough challenges that he is likely to face from outside as well as from within his kundli. The signs are strong enough in his kundli to help him emerge as the winner.

In Uttarakhand, an astrological analysis of the natal charts, transit and combinations of planets strongly indicate that Pushkar Singh Dhami is in a better position and endowed with favourable opportunities to win the elections. However, Harish Rawat’s chances cannot be totally ruled out. He would put up a strong fight, making the route difficult for Dhami, but his kundli lacks the final punch and strength to declare him the winner in the elections.