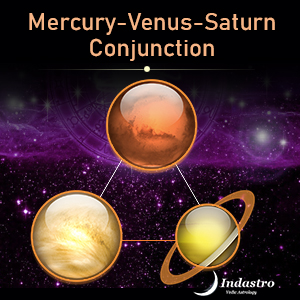 This considered to be an unfavorable combination in Vedic Astrology. People having this conjunction are not reliable since they have a tendency to deceive others. They lack compassion for other human beings and are harsh in nature. Moreover, they tend to get attracted to other’s partners, which affects their own relations.