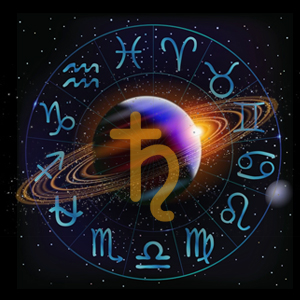 Saturn is the last in the solar system, and marks the boundary of the celestial sphere in a way. Saturn thus is synonymous with restrictions and limitations, rules and regulations, authority and control. Saturn works much like Lord Justice, giving orders and making policies for you to follow. Saturn also works along the cause and effect theory, upholds the law of karma. When you seek to surpass the limits imposed by Saturn, you experience delay, dejection, denial and even death. You can’t forget your responsibilities and commitments with Saturn. It is not to be feared though. Saturn is your guardian angel, if you follow what Saturn dictates in your chart, there is nothing to be worried about. And what Saturn dictates is governed by where it is placed in the chart. The sign where Saturn is placed at the time of birth is called the Saturn sign. Saturn is most active during Mahadasha and Sade Sati.

The sign where Saturn is placed governs how you seek control in life. For example, someone with Saturn in Leo would need to express himself to feel in control while someone with Cancer, as their Saturn sign want control in their domestic sphere, like a protective mother. With Libra in Saturn, you would be quite diplomatic in your way to seek control, especially in relationships.

The kind of restrictions you face in seeking control also come under the domain of Saturn and the sign where it is placed. If you have Saturn in Cancer, you always have one foot buried in the past. Your past memories and occurrences become a hindrance for you. If you have Saturn in Libra, your fear of losing partner makes you vulnerable and restricts your personal growth within the arena of a relationship. If Leo is your Saturn sign, you would mostly be restricted due to your risk-taking tendencies.

Your approach towards life and fulfilling your ambition also depend upon Saturn’s sign placement at the time of birth. Someone with Saturn in Cancer would likely be doubtful and weak-minded. They may not be able to concentrate on their goal while with Saturn in Aries, one would likely be quite determined and hard working. People with Saturn in Taurus would also work relentlessly to fulfill their desires and so would people with Saturn in Virgo, but in a more old fashioned and subtle way. Saturn in Gemini would work hard in life but sometimes, they would end up only covering the surface of a task and may not get involved deeply. Saturn in Aries would be determined and industrious but won’t take orders. Saturn in Cancer on the other hand would work hard but mostly for family and homely matters.