Saturn Mahadasa runs for as long as 19 years in one’s life. This ringed planet is associated with karma, hard work, limitations, ambition, discipline and longevity. Saturn specifically related to workers, employees, handicapped, old age people, diseases and joint pain. Saturn Mahadasa is often the marking period in the spiritual journey. Many gurus and leaders are born and made during this period. Saturn gives challenges and results in line with your karma. It gives success but the journey towards success is not smooth, so as to make you modest and grounded and value what you attain. Naturally, Saturn thus poses many hurdles in life during Mahadasa. It is period when natives experiences disputes, delay, distance, detachment, and sometimes denial too. These challenges are specifically felt in career and social life. Saturn Mahadasa can be very positive for natives having strong placement in the chart. It can also give the native inner strength, willpower and courage to fight off challenges and gain name & fame.


An unafflicted Saturn in the horoscope affords you with better status and position in life during the Dasa. Native lands a leadership role in society. Matters related to land also fetch benefits. This period also turns out well for spouse and progeny related matters. Native gets a lot of social support too. However, if malefic influence is there on Saturn, this period can also have a lot of obstacles in career and professional life. Native may also have issues in relationship with family and siblings. This period is marked by increased aggression, jealousy, disputes, and gastric issues as well.


Mercury in the Dasa somewhat balances the negative influence of Saturn in the chart. Native earns a better image in society and enjoys good comforts. This is also a positive phase for business growth. Native becomes more charitable, intellectual and wise and also handles all the challenges efficiently. Some achievement in professional area is also possible during this period. Native also feels inclined to indulge in social work and charity.


Native travels to a foreign country during this Dasa. Spiritual inclination also gets a boost during this period. While this Dasa increases income, expenses also shoot up due to association with 12th house. The malefic impact of this Dasa makes the native weaker from inside. Some lack of peace and dissatisfaction persists in life and a lot of conflicts take place within the family. Native begins to take more interest in religion and spirituality.


This Antardasa brings native’s life back on track eventually and gives a positive direction in life. If Saturn is positively placed, native enjoys a happy married life and spends a lot of time with loved ones. Native also spends a lot on luxuries and comforts. Career also elevates during this time. However, in case of malefic presence, native suffers from eye related issues and frequent fever. It also affects married life and causes detachment from spouse.


This isn’t a much positive period as some obstacles in the professional life continue to block success. Native also experiences conflicts with father. Some problems with authority also persist during this period. Native becomes vulnerable to false accusations and detachment from family. Enemies also try to drag him or her down. This Dasa also takes its toll on health and some mental distress keeps the native agitated. Health issues such as fever, headaches and heart related problems also crop up during this period.


This Antardasa brings some negative impact on native’s life. A sense of restlessness and detachment is experienced during this period. Native suffers from depression and mental tensions, primarily because of growing distance in relationships and problems in career. Native feels weak-minded and lonely. Number of enemies also increases during this period. Some financial ups and downs also persist. Native should channel his or her energy towards spiritual activities to find peace in life.


Mars increases aggression and the feeling of authority and domination in the native. This naturally affects relationships to some extent. It is advised to avoid being overly harsh and short-tempered during this period. This Antardasa also leads to conflicts with spouse and causes separation. Some skin related allergies also persist for the native. Enemies try to harm as well. Moreover, some losses in career also disturb the march towards goals in life. If you join a new workplace or job, you should remain alert during this Dasa.


Some unnecessary conflicts take place during this period. Doubts and obstacles keep the native from treading on the path towards success. Native has to work really hard during this period so naturally some mental distress and tensions also prevail in life. Others do not offer much support so this is the time to be self-reliant. Some downfall in career and position is also observed. You should avoid being aggressive with enemies. On a positive note, native often goes abroad during this Dasa too.


Jupiter is a benefic planet and like Saturn, it is also strongly associated with wisdom and spirituality. Jupiter here tames down the negative impact of Saturn. Native gains a lot of willpower, intelligence and courage to fight off enemies during this period. Knowledge and wisdom get a nice boost too as a result of Jupiter’s benefic presence. Happiness also makes its way back into your family life. Career also begins to get on the right track eventually. The mental pressure that the native had been feeling lately finally eases off now. This period is also marked by an increased interest and involvement in spiritual pursuits. Overall, this is the period of relief. 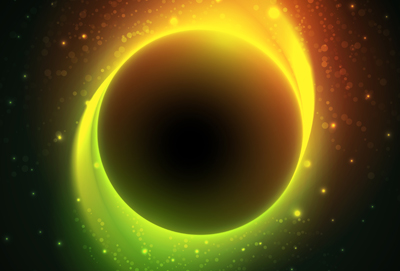 This is a very auspicious yoga for the career and business progress. The few lucky ones born with Amala Yoga in their birth chart will ac... more 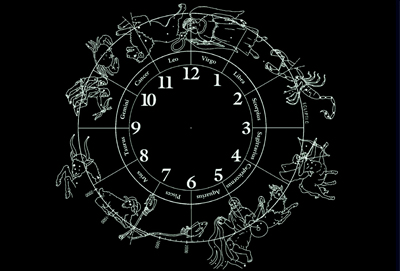 The years 2020 & 2021 are indicative of some deep seated changes in life trends. The life would take turns and the modifications will... more

Is it Love Marriage or Arranged Marriage? Is it delayed? the time of marriage? Should I go ahead with this relationship? Get all your ans... more