If Astrological Planets Were Superheroes!

There are so many iconic superheroes we often idolize because of their strength and power to heal the lives of people around them. Find out how the ruling planets in Vedic astrology are similar to your favorite superhero in possessing the superpowers, weaknesses, and unique abilities to fight through challenging times! 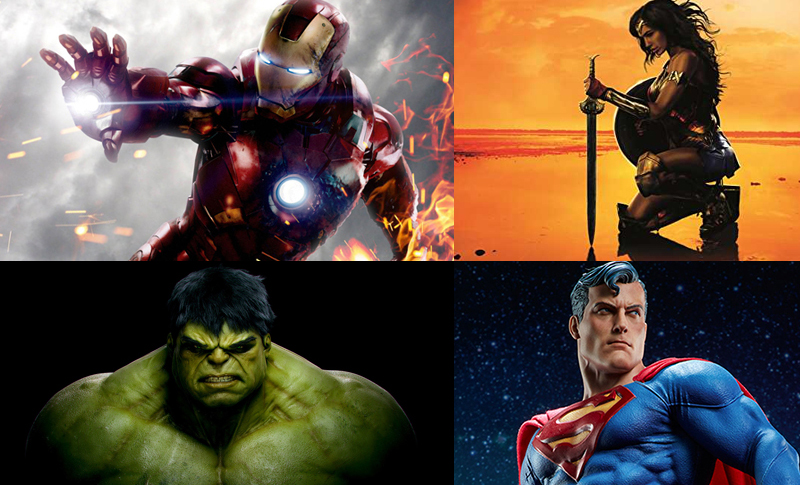 “Understanding the characteristics of each planet by knowing their equivalent superhero”

Without prior Astrological knowledge, it can be pretty hard figuring out what each Astrological planet stands for and how its movements deeply affect every part of life. Making it super easy for you, we at INDASTRO decided to help you with the issue by putting together all of these planets face to face with the superhero that identifies closest with them respectively. Grab your favorite cape & read on! 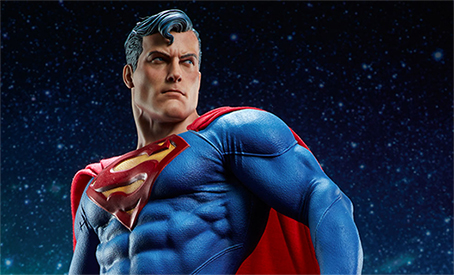 The Sun signifies soul’s energy, confidence, consistency, power, self-growth & development, father & ego. It is easy to understand how being the center of our universe, Sun governs everything that lies at the center or core. While Superman acts as the center of Justice League, he stands for leadership, justice, loyalty,& moral virtues. The two are very crucial in their respective realms & so is there positioning. And the best part is that the day associated with the Sun is Sunday. So, you can always grab your favorite Superman movies, cartoons & comics to make your Sunday super amazing! 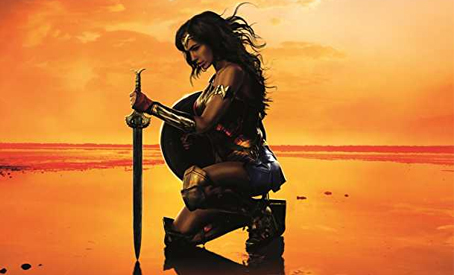 Moon implies peace of mind, connection or neglect, other people, public, mother, and nurturing. Much like the ever giving & eternally caring Wonderwoman, the Moon is responsible for the sensitive elements in your life & its positioning ensures your emotional involvement in a particular area. Being the most easily visible planet, its presence is always considered friendly, pleasing,& emotionally fulfilling. Being the epitome of love symbolism, the Moon remains calm & represents night, feminine sensitivity, nurturing, & kindness for others. The day associated with the Moon is Monday. 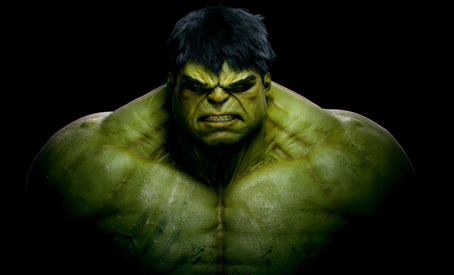 Bold, fiery, & passionate – this is what defines the Hulk. And Mars, for that matter. Mars is symbolic of physical strength, focus, opinions, aggression, logic, discipline, and recklessness. Also termed as the Army Commander, Mars is the protector of Dharma & makes its native a true fighter at soul. With power comes the responsibility to take a stand for what is right, & thus, it bestows the courage to take action as and when needed, instead of sitting, complaining, & doing nothing about it. Tuesday is the day corresponding to Mars. 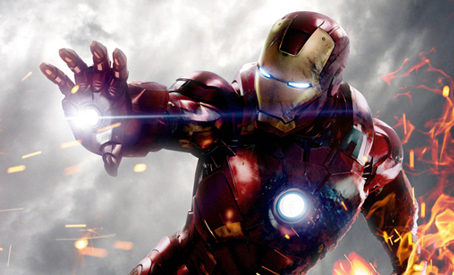 Thinking of Ironman immediately brings to memory the ingenious & cannily verbal persona of Tony Stark, the man inside the Ironman suit. Well, this is exactly what Mercury does to you. It is responsible for speech & communication, skills, intellect, dexterity, equanimity, neutrality, curiosity, & playfulness. Sharp wits can easily get you noticed & make you the center of attraction at any party. And Mercury takes all the credit for it. Along comes the skill to negotiate, to capitalize on your curiosities through talents and at the same time, to remain neutral & weigh all the possibilities. Its day is Wednesday. 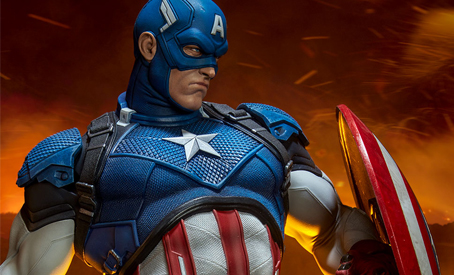 Being the most benefic individual of the lot comes with immense discipline & self-control. Think Captain America, think Jupiter. They both represent the peak of goodness & purity. Jupiter symbolizes knowledge, expansion, teachers, teaching, and optimism. It brings good luck in the life of the native & can even help in soothing of effects of malefic planets with its presence & movements in the birth chart. A prominently placed Jupiter would make the native highly optimistic & brings a calm & levelheaded approach, even under adverse conditions. Thursday is corresponding to Jupiter. 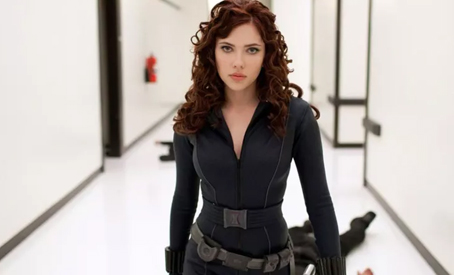 Venus is the planet of love. It is of feminine nature and implies pleasure, love, sex, happiness, sensual desire, service, devotion, courtesy, manners, vitality, respect, and improvement. Scarlett Johansson in Avengers a.k.a. Black Widow is, umm… all of it… and more. Actually, she is also the mirror image of what Venus can bring into the life of its natives – a charming and attractive personality, sensual nature, pleasingly good looks, and a graceful bunch of etiquettes to complement the frame. Venus plays a crucial role in marriage & married life too. It even gets the most happening day of the week - Friday! 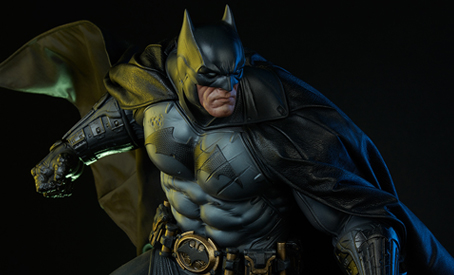 Saturn is the servant of the planetary cabinet & yet, the most dreaded one in the eyes of humanity. While Saturn stands for ambition, fear, responsibility, perseverance, & capacity for hard work, stress, and isolation, it is the governor of one’s karma in life. Much like the Batman, Saturn lurks in the shadows, looking over the deeds (karma) of the natives & reverts accordingly. It teaches us the true meaning of life - a pure heart can only emerge out of the sufferings & sorrows of life. Saturn emphasizesthe path of honesty. It may delay but never denies the deserving fruit. It can be responsible for feelings of depression or loneliness. Its day is Saturday. 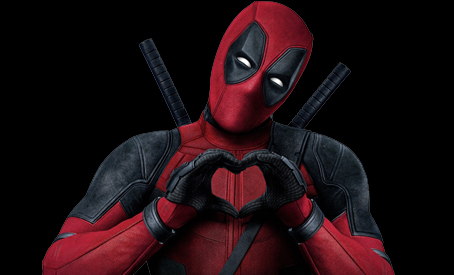 Rahu is one of the shadow planets, and causes confusions for its natives. Much like the most beloved anti-hero, Deadpool, Rahu is known for its chaotic presence, which leads to obsession, over-attachment, distorted perception, or even blowing things out of proportion for the native. Mostly considered a malefic planet, under the influence of Rahu, a person is prone to falling prey to black magic or psychic ability. Rahu &Deadpool are synonymous with emotional imbalances & impulsive actions. Rahu can sometimes instigate a sudden rise in the wealth of a person. Period of the day associated with it is Saturday night. 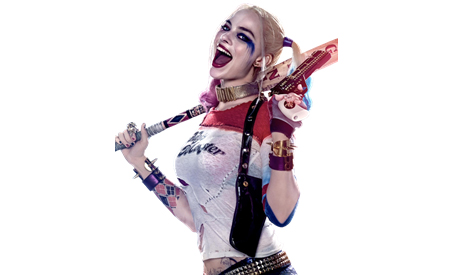 Ketu is the other half of Rahu & represents dissatisfaction, detachment, solitude, intense scrutiny, liberation, and an explosive nature.If anyone could truthfully complement Deadpool as his better half, it would be Harley Quinn (too bad, they were made by competing franchises). While Ketu bestows wisdom, powers of discrimination, and spiritual knowledge, the knowledge of the self,it also gives psychic abilities to its natives, making them masters of the healing arts, natural healing, &tantric healing. Ketu brings prosperity to a devotee's family, & heal against poisons. Rahu and Ketu are considered responsible for the Lunar & Solar eclipses. Day associated with it is Tuesday.