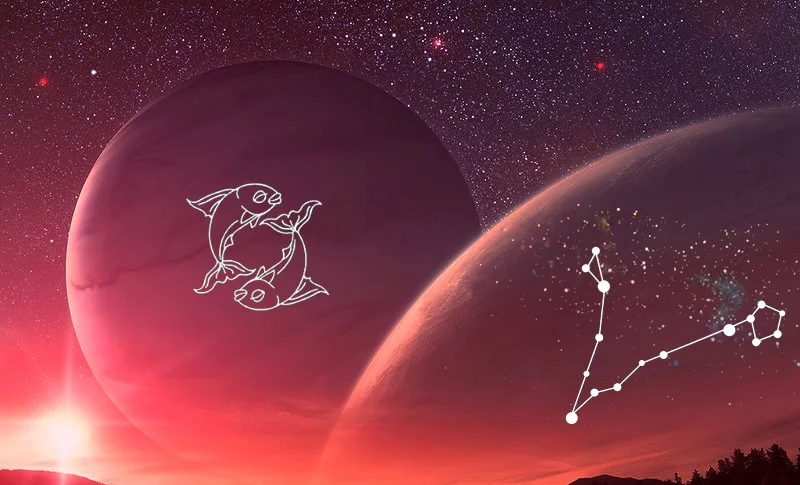 Jupiter, a planet almost 12 times the size of our Earth, is considered one of the most influential planets in Vedic Astrology. It takes around 12 years to travel through the zodiac belt and stays in one sign for at least one year. During such a lengthy occupancy, Jupiter brings a lot of churning and changes in life. No wonder Jupiter transit is awaited with anticipation each year. It governs key aspects of life, wealth, profession, progeny, children, tolerance, wisdom, spirituality, compassion and above all, the luck quotient.  It becomes essential to record whether its transit would be favorable or not, in order to achieve success in life.

Are you a Pisces Moon Sign? Find it out instantly.

Jupiter is the ruling planet of Pisces, and its transit would prove highly beneficial for the natives.  Pisces would be exceptionally able to take wiser decisions concerning key aspects of life. Wisdom will improve. You overall reputation would be high owing to virtuous deeds you may perform. The hurricane of emotions would calm down gradually and you would experience mental peace. However, keep a tab on laziness as success only comes to those who try. More hard work is needed to make the most of opportunities that come along. The detailed analysis below of the effects of Jupiter transit on Pisces would further help you stay prepared.

Career: New avenues of opportunities would open to Pisces leading to career growth and better prospects. Jupiter transit also suggests chances of promotion to a higher position or increment.  Due to hard work, your public image would rise too. You would be able to maintain cordial relation with seniors and boss. Teammates would be supportive, thus a very favorable time to focus on achieving goals at work. Those in government sector would particularly benefit and get good results. More hard work you put in, the better would be the outcomes.

Finance: This is a good time to expect financial growth. Income would increase considerably and gradually during Jupiter’s occupancy in Virgo.  There would be more than one source of earnings too. You would spend this time to plan a workable layout for future growth prospects. For investment matters, this is an average time. Do not march forward if speculation or suspicion is involved. Only consider investments, if you are super sure of the decision.

Love and Marriage: This is an average period for love life, but things would be better than earlier. Chances of a new relationship may form gradually, and the resulting relationship would be for the long haul. Wedding bells are ringing thus this is an auspicious period for Pisces to get married. Those already married would experience a blissful and harmonious time. Relationship with spouse would be cordial. In fact, spouse would support you in every way and give sane advice too. Some benefits are anticipated for spouse. Financially, both would have good growth.

Family: Family life would be good essentially. It is a very opportune time for children, as they would feel comfortable and content. If they have been troubling you lately, there are high chances of them coming back on track and to their usual behavior. Situations in family life would improve comparatively. Children would put in more efforts than before, however lethargy may still overpower both you as well as children. Jupiter transit is highly favorable for your siblings so they would get some positive outcomes.

Health: Transit is indicative of sound personal health and wellbeing.  If there had been some issue or health complication troubling you lately, there would be considerable recovery now. Good health would keep you in high spirits.

Education: The transition is quite opportune in terms of studies as well. It is a good time to spend studying, as concentration level would be high. Students would feel more focused and may show interest in studies. There would be improvement in intellect, leading to further growth. Exam results however would be average. Overall, this seems to be a positive and productive period in terms of education.