India besides many other parts of the world have been experiencing earthquake tremors many time during this year. India in particular has been experiencing minor shocks in its northern region since March 2020. This has led to widespread speculation of an impending major earthquake in this region.

Vedic astrology is a highly developed science that works on empirical evidence as well as standard rules that help understand and predict a major earthquake in a region. Since minor earthquakes take place every day all over the world at different levels of the tectonic plates of earth, a predictable earthquake is one that brings in major changes & noticeable effect in the region that is effected by the earthquake.

An earthquake or a tremor is the shaking of the surface of the Earth resulting from a sudden release of energy in the Earth’s lithosphere(upper most layer) due to which seismic waves are created. Earthquake is an outcome of the strain caused by the movement of the plates which comprises of the earth’s outer shell and are directly related with the activity that occur at ocean ridges, trenches and faults. This geological activity is caused due to the rupture of the planar fracture or discontinuity in a volume of rock across which there has been a significant displacement and this initial point of rupture is termed as the Hypocenter.

Famous Indian scientist CV Raman had also said earthquakes may occur due to disturbances in the earth's field force, which are brought about by incessant planetary motion.

If we correlate the above statement, major aggressive transits that disrupt the earth’s crust are needed to generate an earthquake. Further transit of Earth, Sun and Moon, the situations when the three attain such position that these are almost lined up at 180 degrees and Earth is caught between Sun and Moon, the interrelation of the gravitational energies of the three would also cause a change in the speed of rotation of the Earth on its orbit, due to this the motion of the tectonic plates would also get affected causing earthquakes.
As per ancient Hindu science, there are documented records that ascertain that there is a likelihood of earthquakes was most during new & full moon, particularly after midnight. Some basis factors that trigger earthquakes are:
Historical background of past Earthquakes & Astrological Analysis of Major Earthquakes of the Past

There have been numerous earthquakes of variety of intensities around the world. We have listed a few as below to illustrate the correlation between Vedic indications and earthquakes historically.
Earthquake of Bihar (India)(16/1/1934)

Moon, Mercury and Venus are in Cancer.

In navamsha Sun is afflicted by exalted Saturn. Mars is in the Eighth and Saturn and Jupiter are in square from each other in navamsha. Saturn is squaring Moon and Mars in Eighth house.

Close degree of Moon and Venus are there. On new Moon day, Moon was in Punarvasu nakshatra in and on the day of the earthquake it entered Ashlesha nakshatra of Mercury and  establishes relation with Moon  in earthquake.

Saturn-Jupiter conjunction in Taurus, 4th house of the horoscope and lagna of India’s Navamsha chart (D-9). This combination is aspected by Mars.

Mercury the eighth lord (house of destruction), with fourth lord Venus (house of land and property)  aspected by Rahu.

This is mentioned in our noble sculpture “Mahabharat “ that if there are two eclipses within fourteen days, there will be war or war type situation or massive destruction.
Like above there are numerous examples or earthquakes in past which justify our astrological analysis and accuracy of the subject. It’s difficult to mention and to give details of all the past events/ earthquakes that’s why we have mentioned only few.

Outlook for a significant Earthquake during 2020 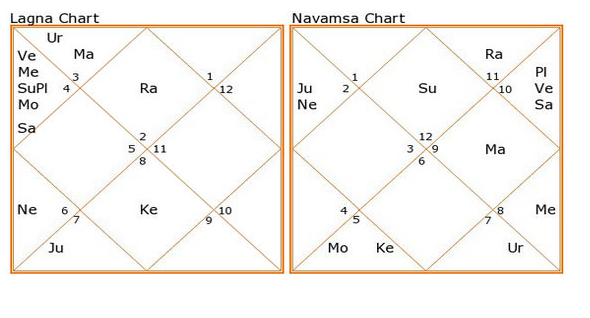 If we evaluate the data describing the planetary positions that could bring on a significant earthquake, the below transits & combinations are relevant:

Further combinations that should be taken into account are:

With the above position of planets in mind, we should be prepared for an earthquake or a natural phenomenon causing damage & loss in India between August & December 2020. If we try & pin point a smaller time window, we can suggest potential earthquake dates as:

Conclusion
By predicting we are not promoting fatalistic thinking. It is actually an attempt to create awareness and thinking process that would help all of us plan to take adequate precautionary measures for such events. The dates mentioned are significant not only for Earthquakes but also other challenges that occur at any point on Earth. Sometimes earthquakes are replaced by other natural phenomenon and at other times the movement of tectonic plates is low down under the earth that doesn’t release energy to create any havoc. We can always pray to the almighty that we should be spared from such events and the blessings of god are always upon us.