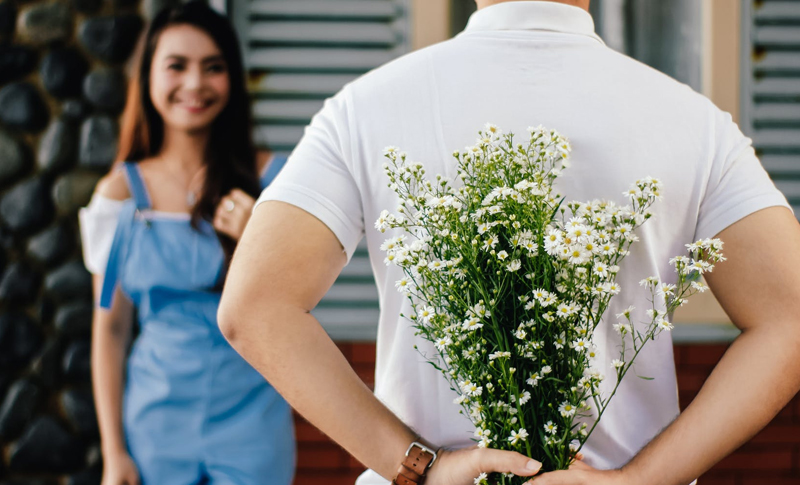 Marriage & Relationship is the single most important aspect of life for which people are flocking to the Astrologers, Marriage Counselors and Psychologists more than ever before.This should definitely lead to a curiosity in human mind if there’s a strong connection of Vedic Astrology in offering help & advice to lead a happy married life and a successful relationship.

We all know that for ages there has been a role for family priest in matching the Horoscopes of the boy and girl before fixing the marriage, choosing the auspicious date and time of marriage. But gradually some of the things considered important were done away with as. And when the rate of failure of marriages increased, some wise old men (women included) once again propagated the role and importance of fixing and arranging the marriages in traditional ways, where Astrology had a definitive role. However, it would not be wise to push down the throat of people who are driven more by the logic and scientific approach in their life in establishing the credentials of Vedic Astrology as an effective scientific tool for warding off the negatives and ensuring a healthy relationship & marriage. Hence the better way would be to convince them by giving proof or explaining the link between the roles of planets in deciding about the quality of married life of the native.

In the following cases we take up some well known and common rules of Vedic Astrology related to marriage, its quality and likely problems along with some cases and real Horoscopes.

Parameters and conditions which give happy married life

There should be a thorough examination of the 1st, 2nd, 4th, 5th and 7th and 12th house, besides the quality of the overall Horoscope. In additional there is a need to spend more time to check the divisional charts such as Navamasha and the operating Dasha system besides the transit of planets. Following houses should be strong and their lords should be well placed enjoying good strength. Also there should preferably be the aspect of benefic planet on them. No aspect is better than the aspect of cruel planets: - How to check if the relevant house is unblemished

A house to be good should have following: Significators (Karka)

Almost every planets has role to play - directly or indirectly to make the marriage going successfully. But briefly in this article, we shall take three important significations. They are To give good results these significator should be strong. To be strong they should be Examination of Navamasa

This is the case of a retired Army Officer, who is around 72 years and is happily married has three children. The factors which support him in marriage are: Kumar Manglam Birla

Quite a few points mentioned in the previous lines are confirmed from the Horoscope of well known industrialist of our times Mr.Kumar Manglam Birla. For example, The negative cases

Now let us see what happens if above mentioned conditions are not met - either fully or partially. Well the newbees should not rush to conclude that it is a total loss. In fact, depending on the total influence of all the factors there could be results ranging from a very mild one to a serious matter, such as: Let us take up some examples.

The lady got married at the age of 36 (November 2013), which is quite late as per herself and the norms of her cultural and family background.

Some of factors responsible for this are:

The 7th house has Ketu in it Denial of Marriage

This person is a qualified engineer, with a successful career in the IT field and is settled in USA. However, despite the best attempts of the person himself and the family members he could not get married and he seems to be now giving up the hopes.

As per the classics, following conditions in his Horoscope are responsible for this situation. Therefore, in this case it is not just one or two but at least 8 conditions pointing firmly to the denial of marriage.

Divorce is a state in which the husband and wife decide to declare that they do not have a compatibility or proper understanding and would now like to part ways.

Just as we have learnt about the good features which must be present in a Horoscope for the marriage to be successful, there are also the negative features which are engraved in the Horoscope. Natural malefic planets - Saturn, Mars, Rahu and Ketu are agents of Divorce / Seperation, whereas Sun acts as a catalyst in such cases, adding fuel to fire.

In this case, the native is separated from his wife for the last 4 years (then 37 years) and the noteworthy factors are: Conclusion
It is possible to avoid the pain two people go thru when they are stuck in a conflicting or disharmonious relationshop or marriage. One can go for matching the Horoscope for relationship compatibilty in Vedic Astrology. It is best advised to head for a Love / Marriage Compatibility reading than to regret later in a marriage or relationship turned sour. Marriage, a significant event in one’s life, has been recognized as one of the four major cornerstones of life. Besides your own entity; your home, caree...