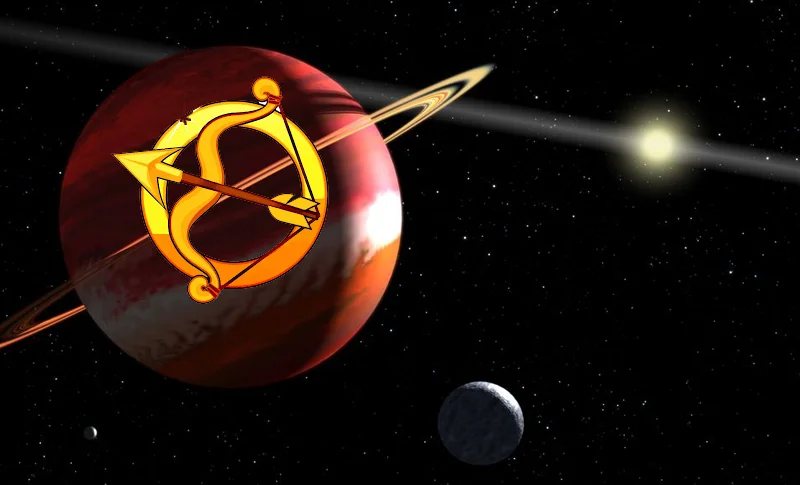 Jupiter is soon transiting sign, entering Virgo on 11th August 2016, and would keep its occupancy there until 12th September, 2017. There are planets such as Moon that transit sign in 2.5 days, so their influence is transitory but the mighty planet Jupiter, it stays in one sign for around a year. It’s affect is long-lasting and life-defining in nature, thus considered highly crucial in Hindu Astrology.

It is the harbinger of luck, thus any negative aspect affecting the transit may take one’s luck quotient away. Its retrogression on 6th February, 2017 and again direct motion on 10th June, 2017 would also bring lots of changes, positive as well as negative. Jupiter transit to Virgo brings in quite complex and confusing interpretations for Sagittarius. It is the testing period, bubbling with challenges, uphill struggle and ultimately hard-earned success. No doubt, it would be a rewarding period in general but some problems would persevere throughout. Are you a Sagittarius Moon Sign? Find it out instantly.

Below is a detailed overview of how Jupiter transit would affect the key aspects of your life.

Career: A little challenging, but it is a highly productive period in terms of career and business. You would worship work. Your devotion to work hard and aim for that ‘position’ would be rewarded with success, but gradually and with hurdles. The hard work and efforts you infuse now would reward you substantially later. Your wise decisions would prove to be very helpful in career growth and recognition at a later stage. If you keep your karma good and be honest, positive outcomes are quite likely. Your self-esteem would be high during this period.

Finance: It is a period to contemplate on your future options in terms of finance. You may think to expand your business or buy some property, which would add a lot to expenses. Nevertheless, it is a favorable period to move ahead with your decisions.  Any litigation and conflicts would be in your favor eventually due to Jupiter Transit. Income would be average, but stable. There is a slight possibility of improvement as well so keep your spirits high. Investments shall be avoided, as next year would be more favorable in terms of investment matters and speculation.

Love and Marriage: Jupiter Transit does not seem to be too munificent to your love life. You should wait for the right time before taking any life-defining decisions in terms of love. Patience would reward you good. Aggression may rise between the two, which could induce unnecessary fights and heated arguments. For married folks, this period seems to be average.

Family: Atmosphere at home would ooze harmony and happiness for the most part. Peace of mind would help keep life balanced and stable. However, this does not look like a very positive time for children, thus you may have to pay special attention to them.

Health: Personal health seems to show consistent improvement thus a good time to take up new responsibilities. Nevertheless, you should not be a workaholic, as these tendencies may affect your health adversely. Take up only that much load that you can handle easily. Over-burdening yourself would only result in deterioration of overall wellbeing.

Education: This is a very constructive and positive period for students especially concerning exam results. Those preparing for any competitive examinations would particularly benefit from this transit. For regular studies however, this does not seem to be the best of the times as some glitches are expected. Next Jupiter transit would be more rewarding in terms of studies.