How do two people born at the same time and same place have different futures?

Your birth chart is the road map of your life. While preparing your horoscope, the astrologer also considers your previous life karma and the circumstances you are born to. Know why sharing the same birth time and place doesn't necessarily mean sharing identical destinies in this life.

It is a huge surprise when both the charts are given to two different astrologers, who are experts, they will give at least 90% accurate predictions regarding both the charts. There are many people born at the same time, same place, who are unknown to each other. When we look at the Sun signs, then it is very difficult to establish that fact that two people born at the same place and same time has different destinies. Normally such questions come from the readers of weekly and monthly horoscopes and they ardently say astrology is a fake on the basis of what they grasp from these short articles.

How does Vedic Astrology analyze a birth?

Vedic astrology has an answer for the various questions related to birth. Vedic astrology is based on past birth. Each person despite the time and place of birth had different past birth. The entire astrology chart is framed on the base of what Karma you did in your past. According to Hindu theology, we have multiple births and why we take many births because we have karmic backlogs. We will be taking birth until we pay back those karmic debts. Once when we repay the karmic debts fully, we will be getting Salvation or Moksha.

According to science, we all have different DNA and even different blood groups. There can be many differences like skin color, eye color, their relatives will be different as well. According to astrology all these carry forwards from the past birth. The phenomenon of past birth has been researched and been considered as genuine.

Ian Pretyman Stevenson, a famous Canadian-born U.S. psychiatrist has conducted many types of research on the concept of reincarnation and has found it is a genuine concept. According to Vedic astrology, everything is carrying forward from past life.

Astrology is not just predicting the future

People think astrology is just to predict future events. There is something called free will and no astrologer can predict any chart fully by 100%. Astrology chart shows your talents and potentials.

In the Vedic astrology, there are different charts. The birth chart is the same but; the divisional chart will be surely different for all. What we see in these charts has a direct connection with our life.

A remote village in Kerala, Kodinhi, in Malappuram district, is a mystery village in the world. This village has the maximum number of twins in the entire world.

The village has a population of 2000 plus families and there is more than 400 pair of twins in this place.

The national average of twin births according to 2008 is not more than 9 in 1000 births 000 births. It is very less than kodinhi.

Various studies have been conducted by scientists including, CSIR-Centre for Cellular and Molecular Biology, Hyderabad, Kerala University of Fisheries and Ocean Studies (KUFOS) and University of London and Germany, just to find out the reason behind this strange phenomena. Nothing has been scientifically proven yet. These phenomena are there for people from all religions.

It is sure that these children do have some Karmic bondage to the place they were born. All of them are going to get different degrees, they may be getting into different offices for jobs and they will be getting married to different people as well (obviously).

It is very difficult to bring a 100% authentic answer for such a question. One thing is sure that according to astrology, we are here due to some karmic baggage and we have to repay that. The fifth house of our astrology chart shows what our Karma was in the past birth and what were the challenges during then.

Our divisional chart also shows the part of karmic baggage which we have to repay during this birth. Our shashtyamsa chart speaks a lot about this.

Get your issues fixed or simply take a glimpse of what lies ahead for you - Talk to the Vedic astrologer today. 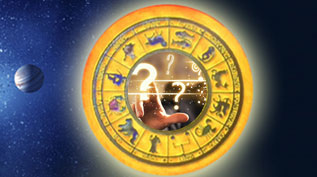 An exclusive service for your specific queries. You can ask upto 3 questions. Click here for some of the indicative questions that are ...

We excel in replying to urgent questions within 24 hours. Accurate & a quick response from us - result is Peace of Mind!

Is it Love Marriage or Arranged Marriage? Is it delayed? What's the time of marriage? Should I go ahead with this relationship? Get ALL... 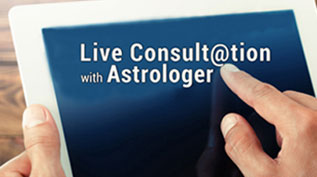 There's no match to a personal discussion with our expert astrologers. An online Video session with Vedic astrologer is easy & simple w... 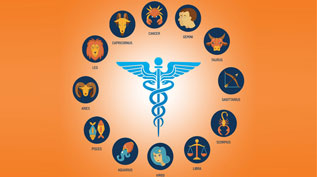 Vedic experts can answer your queries related with your health issues. This can help bring down stress related with unknown factors lik...

Birth Star (Constellation) reading – which instincts are your born with ? why do you follow fixed karmic cycles..

Your destiny is based on the Zodiac sign at your birth closest to the North Star called ascendant. Details on...

Get customized destiny reading with astrological remedies to rise above the persistent stress of life.