Importance of Jupiter in Vedic Astrology

Jupiter has great importance in Vedic astrology because of its auspicious characteristics. The benefic properties of the planet will bless the native with good fortune, power, wisdom, and generous persona. The person with a well-placed Jupiter in his/her horoscope will be able to achieve great heights in life. 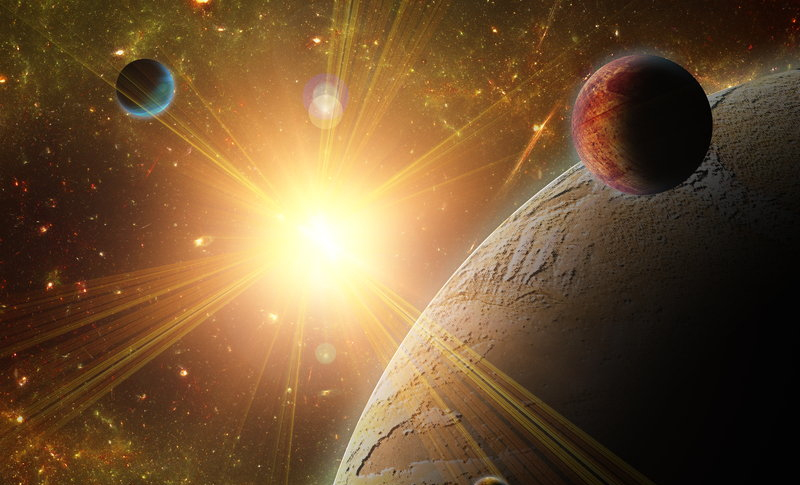 Jupiter is a symbol of wisdom, the mentor of Gods, the lord of spirituality, the karaka of Justice and uprightness, and the benevolent provider of good fortune. People under the influence of this benefic planet usually realize their goals more easily than others. Success is natural to them. Jupiter also rules verbal expression. According to Indian Astrology, it forms popular combinations - Gaja Kesari Yoga and Pancha Maha Purusha Yoga. Its positive placement indicates ample wealth, prosperity, fortune, luxuries, gains, rationality, logic, spiritual inclination, communication ability, and so on.

Its soothing power brings mental peace and makes the native an honest, god-fearing, and disciplined soul. Those ruled by Jupiter are often one of the wisest people sitting in the room. Their actions aren’t a product of impulse but peaceful temperament and sound judgment, thus they can always be relied upon. Here is more about this mighty yet merciful planet.

Jupiter is the largest planet of the solar system and takes around 10 minutes to complete one rotation. In Indian Astrology, Jupiter is said to be exalted in Cancer, at five degrees precisely and debilitated in Capricorn, the sign of Saturn. It is the ruling planet of Sagittarius and Pisces, thus if these two have a benefic placement of Jupiter, it casts a life-defining effect on these signs, making the person honest, sincere, disciplined, and responsible. While usually planets aspect those planets that are posited in 7th house from their own placement, Jupiter aspects 5th, 7th, and 9th house planets from where it is placed. If Jupiter is positively placed in 5th house, it will aspect 9th house (fortune), 11th house (gains), and Ascendant (personality) forming a highly fortunate Yoga.

Personality of Those Ruled by Jupiter

Those ruled by Jupiter often have a loud voice and hard-to-ignore demeanor.  They are usually spiritually inclined, honest people who like to put truth in draw form on the table. Jupiter in Indian Astrology is said to be the mentor of Gods, it gives others the right direction to move ahead. People born with a strong Jupiter in horoscope usually are of a very compassionate and helping nature. A strong Jupiter also indicates chances of the person being wealthy. If Jupiter is well positioned, the native is likely to always have the blessing of someone during the rough times. He would get past the difficult times without much damage. Strong presence of Jupiter indicates that lady luck would usually favor the native. Also, its effect on personality makes one strong willed, logical and broad-minded too.

Positive and Negative Effects of Jupiter

If Jupiter is posited well in a horoscope, it’s effects are usually profoundly positive in nature. Its compassionate benedictions would help the native in leading a prosperous and happy life.  The person is likely to attain name and fame in life along with a good financial standing and social reputation. There would be peace, abundance, growth, good health, and wealth in the native’s share. A weakly positioned Jupiter can also cast negative impact, if afflicted or placed in enemy sign. The native may become too liberal, carefree, lethargic, spendthrift, undisciplined and revolutionary.

Like what you read here? You may also read Jupiter Transit reading.

You may sign up to get a free Horoscope Analysis to understand the effects of 9 planets upon you.