Ever since he has entered the field of politics, Justin Trudeau has been in news - for his looks and appearance & for a successful stint as the Prime Minister of Canada. In this article we find out the astrological reasons behind his glory. 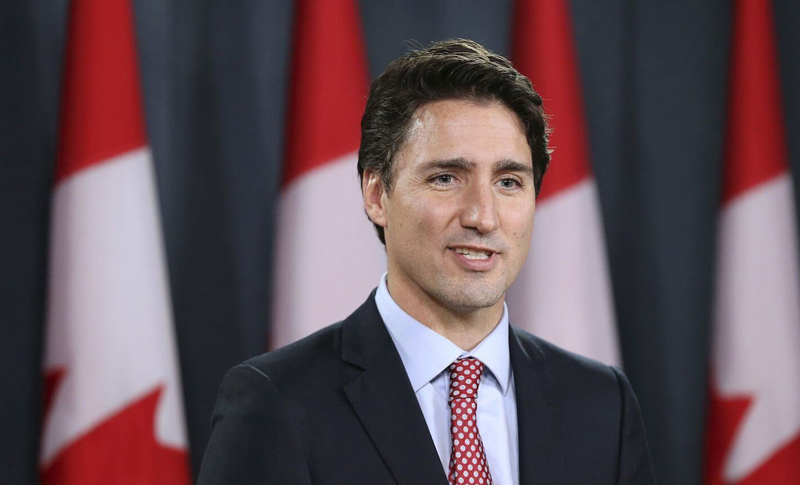 Since he swept into political power in 2015, Justin Trudeau, the current and the handsome most prime minister of Canada has had the world going crazy over him. From his compassionate stance on refugees to gender parity, it seems nobody is immune to his radical charm and views. But he is as good with athletic prowess & looks, as he is in global politics. Other than being a politician, he has also been a teacher, nonprofit leader, nightclub bouncer, and snowboard instructor, not to mention his acting and boxing gigs. He is a renaissance man. It must be his lucky stars that he has been popular ever since, even before he won the public vote. Discussing below what makes him so successful, as per his Vedic horoscope analysis:

Behind the confident and charming personality of Trudeau is the strong presence of Sun. Sun, being the ascendant lord and placed without any malefic effect keeps him in the limelight and gives him a radiant charisma. Sun also gives him the logical ability and versatility and we all know how multi-talented he is. Mars is exalted in his D10 chart, so naturally he won’t think twice before moving ahead if it means success. No matter what, opponents will always feel down against him.

PM Justin also has a strong influence of Venus. He spent most of his time during Venus major period in exploring his interest in arts and drama and teaching these subjects too. In fact, he completed his graduation in Education & Literature during this period. But it was during 2002, that he came into the spotlight during funeral of his father (a prominent Canadian figure and the past Prime Minister). He was running sub period of Saturn under the main period of Venus and Saturn was retrograde, which seems to be the reason for his loss.

Moon is the strongest planet in Justin Trudeau’s horoscope. It was during Moon-Moon sub period in 2013 when he became the leader of Liberal party. During this period, Sun (karaka of fame and popularity) and Saturn were both exalted, fueling his political journey & success and adding to his achievements & recognition. And since Mars was also placed in own sign, he had the right amount of strength and enthusiasm to get his political career off to a good start.

The period from 2006 to 2012 laid the groundwork of his rise to the highest office. He was running Sun major period and since Sun is the ascendant lord and placed in 5th house, he earned desired name and fame. While Sun major period carved a way for him to his destination (becoming Prime Minister), it was again Moon major period that pushed his luck leading to victory and rise to the top of Canadian politics in 2015. No to forget, he was undergoing Jupiter minor period at that time, so he had the blessings of luck lord as it aspected 10th house of career.

Justin Trudeau also has a Vipreet Raj Yoga in his horoscope, which gives double the effects of ordinary Raj yoga. This indicates that he will come out of all kinds of adversities and circumstances no matter what. While he is born with a silver spoon, it doesn’t mean that his ride to success will be smooth always. There will be controversies and blame game at times, the most recent being the Elbowgate incident when he manhandled a legislator in the parliament in May 2016. While the main and sub period of benefic planets was operational at that time, transit Mars (aggression) and Saturn (obstacles) were too strong in strength.

4th House- Mars is the lord of 4th house and is very powerful so he will naturally acquire assets and benefit from land. Since 4th house represents public popularity in mundane astrology, his strong 4th house explains why is he is so famous among the masses, more for his compassion and looks than policies though. This house also represents possibility of strong family roots and heritage, which perfectly relates to how his family name Trudeau has helped him in reaching this position (his father, Pierre Trudeau being 15th Prime Minister of Canada)

10th House - While a retrograde Saturn is placed in 10th house of career, it indicates that he is meant to carry the same goals he had left unachieved in previous lives. This means, that history will repeat itself. While Saturn suggests eventual downfall in life, aspect of Jupiter nullifies such possibilities. This will give him sure-shot fame, dignity and esteem and he will continue to enjoy political prowess.

Predictions for the next two years

This sub period indicates positive financial possibilities and public love, but expenses will shoot up. Health could be a major concern at times. Some mental pressure is also indicated. Overall, there will be fluctuations in career and other aspects of life. As soon as Rahu sub-sub period begins from 31st March (to 26th June 2018), matters pertaining to health will need immediate attention and accumulated wealth could be lost to some extent. However, thereafter, when Jupiter sub-sub period will commence, he will get back some peace and professional progress. Expenses on children would increase during Jupiter sub-sub period until September 2018.

Moon-Saturn is an average period for Justin. His relationship could hit a rough patch after 26th October 2017. At the same time, spouse could also face some health setbacks. His foreign policies and relations may not be that effective either during this period.

This period will likely bring favorable prospects and ample financial gains for him. However, workload could take a toll on his wellbeing and cause stress and feeling of pressure. On the other hand, accumulation of luxuries and material comforts will continue to multiply. The sub-sub period of Mars from 28th May to 27th June 2019 is the time when more caution will be required in terms of health. Anger could spike up while an injury is also possible.

Health will continue to bother until 13th September 2019, and he could also take some irrational decisions during this period. A more cautious approach is needed in terms of health and decision-making. On a positive note, it is likely that he will spend a lot of money in philanthropic activities and public welfare during this sub period.