Can a Manglik marry a non-Manglik?

A Manglik person is often looked down upon, when it comes to matters of marriage. However, there are a lot of myths and misconceptions about being a Manglik. Read this article to know the reason, significance, impacts of being a Manglik and the remedies to overcome this astrological superstition. Find out… 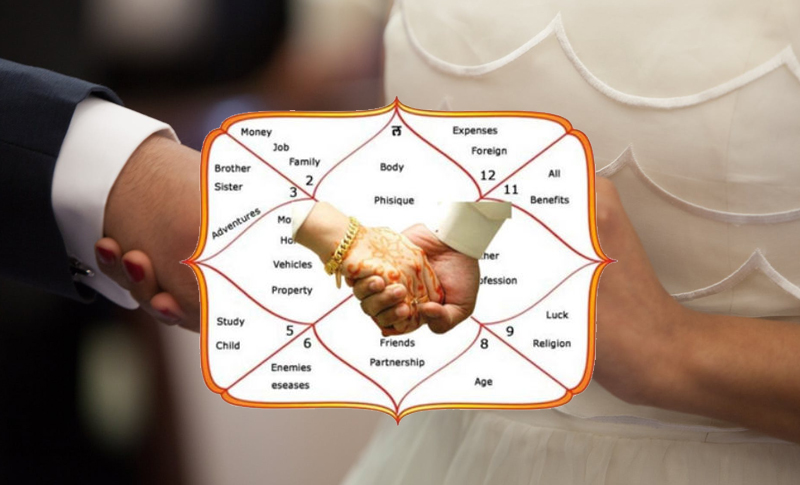 Compatibility of Manglik and non-Manglik marriage:

In marriage astrology, Manglik is someone who has a weak, sensitive, or afflicted Mars in his or her key marriage and happiness houses of the horoscope. A happy marital life depends on numerous other factors (Gun-Milan). The marriage between a Manglik and non-Manglik is not uncommon and depends on individual cases and the true answer lies within Vedic astrology.

Who or what is a Manglik?

Manglik is a person born under the influence of Mars (Mangala) as per Hindu astrology and is said to have "mangala dosha" ("mars defect"). As per marriage astrology, being a Manglik is considered inauspicious. As per superstition, marriage between a Manglik and a non-Manglik is often catastrophic.

The planet Mars is usually aggressive in nature. The presence of Mars in the 1st, 2nd, 4th, 7th, 8th or 12th house of a person's birth chart results in them being Manglik or having Mangal dosha/Kuja Dosha.

Though it seems all negative, these so-called ill effects of Mars can be pacified, if the horoscope of the opposite spouse counter balances it.

In marriage astrology, Manglik is looked down, more as a bane than a boon. These below mentioned factors need to be considered.

Mars is a powerful and potent planet that represents action, sexual energy and enthusiasm. Then why blame Mars, such a potent planet? Why is Mangal Dosha feared so much?

Thus, we see why Mangal Dosha is so important in Vedic astrology when it comes to compatibility between two partners about to be married.

Now coming to the question whether a Manglik can marry a Non-Manglik, there are certain things that can help determine the answer depending upon the individual case.

Kumbh Vivah is a common practice used to mollify the effect of Mangal Dosha. In this, the Manglik person is married to a banana tree, holy fig tree, or a silver/golden idol of Lord Vishnu, which absorbs the negative vibrations of Mars, saving marriage and spouse from the trouble.

However, it is to be clarified that, there's no scientific data available to confirm this. It is a good idea to consult a Vedic astrologer for choosing the most suitable remedy for Mangal Dosha.

There are certain combinations and placements of planets in a chart that can nullify the Mangal Dosha completely. When assessing the chart for presence of Mangal dosha, the possibility of following combinations should not be ignored. Having any of these placements in the chart cancels out your mangal dosha. Have a look to see if you find the same in your natal chart.

Mars is just part of the picture. When assessing compatibility, several combinations and Yogas can pacify the negativity of Mars. It is important to assess the strength of 7th house and its lord and also Jupiter, Moon and Venus, as all these relate to marital and domestic bliss.

Placement of 2nd house lord is equally crucial. If 2nd and 7th house are under the aspect of benefics and 2nd and 7th lord are also placed in a friendly sign, the presence of Mangal Dosha is unlikely to have any negative influence on the couple. Placement of benefics in 6th and 8th house also pacifies severity of Mars. Well-placed Venus and 7th house lord in D-9 chart, also denotes conjugal harmony.

Mangal Dosha is just the name given to presence of Mars in sensitive/inauspicious sectors of your horoscope. Strength of Venus and seventh lord plays an important role in marital compatibility. The degree of the planet governs how strong its effect is. Mars in infant stage in 4th house will not have much negative impact as it is low in strength.

Guna-Milan and Mangal dosha are not the only parameters of horoscope matching. If the results of dasa matching, assessment of health and longevity of both partners are positive, presence of Mangal Dosha will not act as a deterrent.