Future of Arvind Kejriwal as the CM of Delhi & AAP's Government: An Astrological Analysis

Horoscope Analysis of AAP - The Aam Admi Party has been done in this article to understand the astrological reasons behind the success and future prospects. 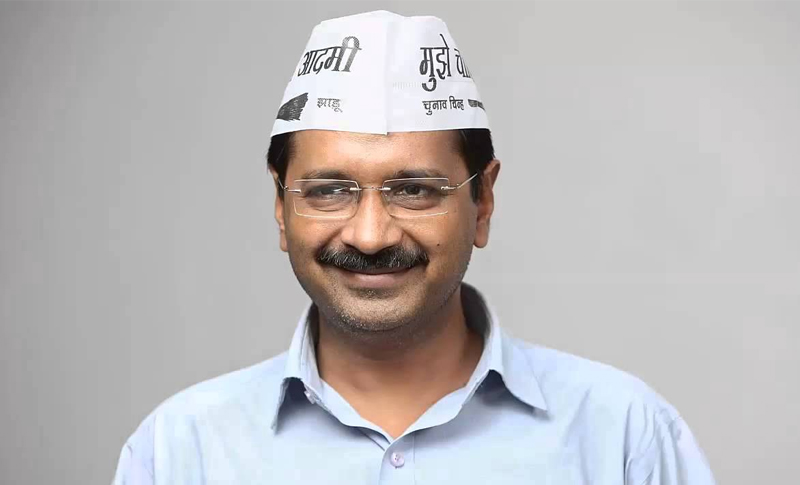 It is a commendable performance by Arvind Kejriwal to pull a coup of sorts by dethroning the well established government by India’s largest political party - Congress and of 15 years with Sheela Dikshit as the Chief Minister.

Arvind Kejriwal was a totally unknown figure till the time he came in spotlight with media started televising the pictures of protest fast by the activist Anna Hazare. Inexperienced, novice and fighting elections for the first time after forming a party in November 2012 and getting 28 seats in the 70-member Delhi State Legislative Assembly  is an excellent performance for a new comer. Especially when Congress had to settle down grudgingly as the opposition party with 4 seats. Even the gung ho BJP’s calculations were totally upset as they were sure of forming a government in Delhi.

Though short of majority, AAP finally formed the Government with the support of Congress. With so many changes - mostly unexpected, the attention of media, expectation of one and all and frustration of the defeated political parties became the topics of daily interest. Not a single day or rather an hour passes away when the News Channels are not giving a cricket like ball by ball account of the activities of the AAP Government and its MLAs. Almost every channel is debating an issue or other where the representatives of AAP, BJP and Congress can be seen and heard vehemently denying charges on each other and making counter charges in heated debates leading to no conclusion.

Let us try to decode the future of Arvind Kejriwal and the performance of AAP Government in Delhi with the help of Astrological Calculations.This is basis the chart of the swearing in time of Kejriwal and Horoscope of Aam Admi Party (AAP).

The Astrological Chart of Oath ceremony:

The time of Oath taking Ceremony of Arvind Kejriwal is taken at 12:00 noon on Saturday the 28th December, 2013 at the historic Ram Lila Ground, Delhi. At that time the Ascendant was in Pisces sign with the Lagna lord JUPITER going retrograde and positioned in the 4th house. Other note worthy features in this chart are: Interpretations The Analysis of the Horoscope of Aam Aadmi Party:

The Horoscope of the Aam Aadmi Party is as follows:

The party was formed on 26 November 2012 at 12 noon at the Constitution Club, New Delhi.

At that time, the Lagna was Capricorn. Five planets (excluding RAHU and KETU) are in kendras and trikonas. The lord of Lagna is SATURN which is also the lord of 2nd house (wealth) and is placed in the 10th house along with Venus and Mercury. This gives a few welcome Astrological Yogas (combinations). For example, the lords of the all the three trines - MERCURY, VENUS and SATURN are posted in the 10th house which is the house of action, profession and also governance (rajya).

Ascendant (1st house), denotes the main features, personality and dynamics of the party; the 5th house signifies the intellect of the party and its progressive thinking. This house also tells about the thought process and analytical quality of its think tank and policy makers.  The 9th house most importantly signifies the luck. All these factors are very favorably placed on their side and this indicates that in the long term, AAP will grow by leaps and bounds and will make a good place for itself in political arena of the country.

It would not be surprising news if Arvind Kejriwal or one of his senior team members consulted with an astrologer for the right time of the formation of the party.

The significator of mind (in general) and of social presence and alliances (in this horoscope) Moon is well placed in the 4th house in the friendly sign. It is being strengthened by the aspect of three planets from the 10th house. This clearly signifies that the popularity of the Aam Aadmi Party has only one direction to go – upwards. Also the alliances and coalitions formed from time to time will be beneficial and helpful for governance.

The MOON is in Bharani Nakshatra – a constellation which is owned by VENUS. Therefore, the party’s mind will always be towards getting the seat of power, doing actions and governing the state.
Jupiter - the planet of expansion is posted in the 5th house. Jupiter is a benefic planet and it will cause increased activities of mind such as planning, strategizing, firming up the ideology, writing election manifestos etc. At the same time, the 5th house is being aspect by SUN co-occupied by KETU. This assures that this party will learn the tricks of trade pretty soon and will be good at using it too.

The placement of MARS is not very healthy. It may mean that the members of core committee or important party leaders may leave the party at crucial times. Also the benefactors and the sponsors or the well wishers who are outside the party may also change their loyalties. This could be detrimental to the growth and the image of AAP. The founder members of the party should always remain alert.
The placement of two planets - Sun and Rahu in the 11th house will ensure that AAP will continue to get funds from orthodox and unorthodox sources; through traditional and innovative methods.

As per the astrological analysis, there are more pointers towards the short stint of the AAP government in Delhi than the blessings which point in the opposite direction. It is like swimming against the current and in waters full of sharks. It is only a miracle which can save the government for two years. If it manages to stay in power till December 2016, then there will be fewer threats to face.
However, the horoscope of AAP is far more strong and full of promises. With the passage of time, it will gain in strength and popularity emerging as a forceful political organization.